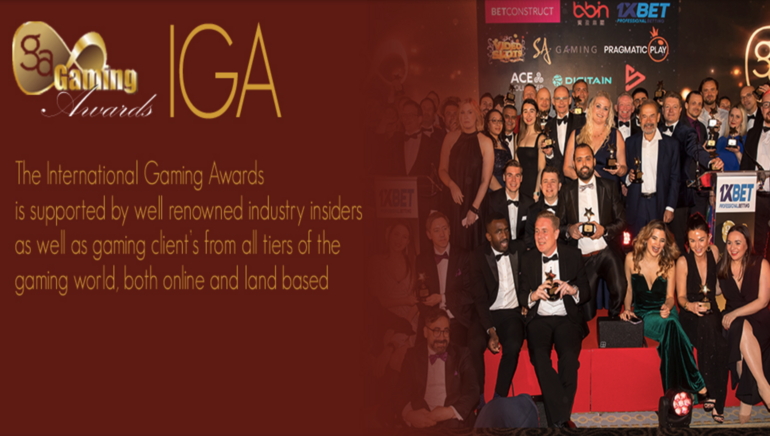 1XBet's spokesperson, Alex Sommers, stated that the company's numerous nominations confirm its merit within the industry.

We are thrilled that the IGA jury recognized our efforts. This year, 1xBet has been nominated for 11 awards, a new record for our company. Last year, we won 10 awards, so these nominations show that we are continuing to make progress and achieve success. Clearly, 1xBet is a leader in the industry, and we have no intention of slowing down.

The IGA awards ceremony has been held annually for the past 16 years and has become a significant event in the gambling industry. The winners of the IGA awards are determined by a jury of leading experts in the field, which adds credibility to the awards.

1xBet has previously won awards at the IGA, including Best Sports Betting Platform and Best Live Casino. The ceremony to announce the winners of the International Gaming Awards will take place in London on February 6, 2023.

1xBet will be competing against other companies in the industry for various awards. 1xBet is a standout in the industry and will likely continue to be recognized for its achievements in the future.

At 1xBet, over 400,000 users are registered on the platform. The company offers various options, including TV Games and sporting events. Each month, 1XBet also hosts a range of competitions on the 1xBet Forum and an annual tournament called the "1xBet Cup" for the most active online customers.

In addition to the standard betting options, the site offers specialized markets for specific events, such as European handicaps, correct score, and over/under. They also have a variety of markets available for international club and country-level games. Individual sports like cycling, golf, athletics, and skiing offer head-to-head matchups between two selected athletes.

The International Gaming Awards (IGA) is a prestigious event that recognizes and celebrates excellence in the gaming industry. Various industry-leading authorities support it, including land-based and online clients from all levels of the gaming world.

The IGA awards ceremony has been held annually for many years and has become a significant event in the gaming industry. A jury of leading experts in the field determines the winners of the IGA awards. This adds credibility to the awards. In addition, companies that win IGA awards are recognized as leaders in their respective fields and are held in high esteem within the industry.

The IGA awards are highly anticipated by industry professionals and enthusiasts alike, as it serves as an opportunity to recognize and celebrate the best in the industry. Overall, the IGA is a valuable and respected event that acknowledges the hard work and achievements of those in the gaming industry.