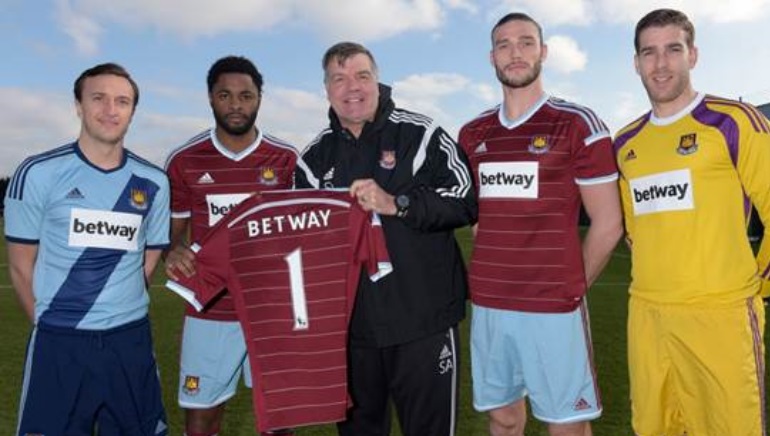 Betway has been active this February in making commercial deals with talkSPORT and West Ham to increase the brand’s presence in the UK.

Betway has been trying to increase its share of the UK sports betting market for several months now, having accelerated marketing efforts during the 2014 World Cup. The latest step taken by the gambling operator has been to strike a partnership with talkSPORT, a leading sports radio station from the UK.

Fans of the station’s Weekend Sports Breakfast show will soon be privy to the latest football betting odds on a multitude of markets offered by Betway. Along with the betting prospects, football fans can hear all of the latest news and analysis from hosts Georgie Bingham and Micky Quinn.

This is an impressive coup for Betway, as talkSPORT is recognised as the Premier League’s global audio partner and official broadcaster of the Capital One Cup, FA Cup, and the England football team. Betway currently has gathered close to two million customers across various global markets since it first emerged in 2006.

West Ham were left with a gap in their finances after then-shirt sponsor Alpari went into administration in January and could no longer honour the terms of the commercial deal. Well, there’s good news in February for the Hammers, as gambling operator Betway has stepped in to fill the gap.

After it was reported that West Ham had lost £4 million in the Alpari deal, fans will be delighted to learn that the Betway deal is rumoured to be worth £20 million. Betway will become the official shirt sponsor on all of West Ham’s playing gear. An additional element of the deal will give Betway the naming rights to the West Stand of West Ham’s Boleyn Ground.

Bob Dutnall, an executive director with Betway, explained that the fans would benefit from “innovative Betway offers and special markets.” Dutnall also sees West Ham as the “perfect fit for our growing brand.”

West Africa Comes Together in Lagos: is all of Africa Next?