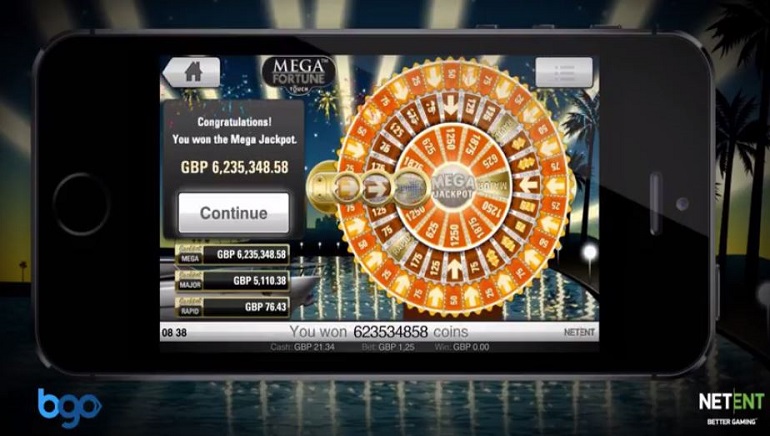 If you like playing online slots and chasing big jackpots, you might want to consider moving to Cheshire, UK. This UK county seems to attract major wins as two recent Mega Fortune jackpot winners are Cheshire locals. The latest one is Chris W., a father of two, who struck gold playing at bgo, bringing home a Christmas present worth £6,235,352.

In the statement after this historic win, Danny Mahon of bgo explained this was the biggest win in bgo's history. The player named Chris W. decided to try his luck at NetEnt's Mega Fortune slot, playing £1.25 bets. Some spins later, he triggered the jackpot feature and ended up hitting the main progressive which, at the moment, stood just above £6.2 million.

Although there is never a bad time to win life-changing money, winning just as winter holidays are rolling in must feel particularly good. For the Cheshire local, who is a father of two, this jackpot must feel like a stroke of magic.

The NetEnt Mega Fortune slot is one of the biggest, best-known progressive slots in the world. It was released in 2009, and since then, 35 lucky players have hit the Mega Jackpot. The slot seeds at €250,000, but thanks to its popularity the jackpot quickly reaches six-figures.

The biggest-ever win went to a player from Finland who triggered the jackpot wheel at the right time in January 2013, pocketing a truly astonishing €17.3 million. An average Mega Fortune jackpot is north of €4 million.

Something in the Air?

As mentioned, two of the recent Mega Fortune jackpot winners hail from Cheshire County. However, that's not all. Another Cheshire local took home a £13.2 million Mega Moolah jackpot in a much publicized win back in October 2015. Mega Moolah is the Microgaming's flagship slot, and it's been "guilty" of creating quite a few millionaires as well.

Whether it's something in the air, water, or whatever else, Cheshire County seems like a good place to live in if you fancy spinning some reels.