Bitcoin surged above $3,000 on Sunday, reaching a new high and reopening the question what the future holds for the original cryptocurrency.

Bitcoin, the original and most widely used cryptocurrency, has seen its ups and downs over the years but on Sunday, it shocked the public breaking the $3,000 mark. Currently, however, it is around the $2,765 mark. The meteoric rise of the cryptocurrency started earlier in May, when bitcoin was valued at $1,400, and it continued to climb, despite the fact many experts seem to believe that bitcoin market is experiencing the bubble.

Technology of the Future

The rise of bitcoin started after Consensus Conference that took place in May. At the conference, there was a lot of talk about the underlying technology driving bitcoin, namely blockchain, and its application in many areas where data sharing and security are the primary concern.

This encompasses a number of different industries, as information is the backbone of most businesses these days. Of course, the alternative use of the blockchain technology is in addition to the current bitcoin applications like paying for goods and services online, online gambling, and more.

Many still maintain that the surge doesn't have to be indicative of anything, as the bitcoin value heavily relies on the potential application of this new technology in the future. It is interesting to note that back in 2009, bitcoin was valued at just $0.01, reaching $18.50 by 2011, etc. Lately, however, bitcoin has been especially volatile, fluctuating a few hundred in either direction in the space of just a few hours.

Although all the potential of the blockchain technology makes bitcoin as attractive as ever, it is the online gambling industry where this cryptocurrency really found its place, with many bitcoin online casinos opening up across the cyberspace. Places like VegasCasino, 1xBit Casino, and BitCasino all welcome bitcoin as a payment method for deposits, withdrawals, and gaming.

Thanks to high processing speeds and relative anonymity, bitcoin gambling is becoming more widespread as the cryptocurrency is coming out of the shadows and people are no longer afraid of the notion. Additionally, given bitcoin's natural fluctuations, using it is a gamble in itself, which adds an extra layer to the whole experience, making bitcoin and online gambling a perfect match. 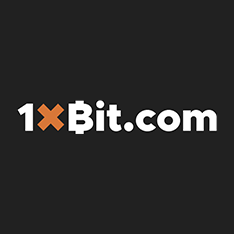