The creator of the crypto-currency popular for online gambling has identified himself as Aussie entrepreneur Craig Wright.

Since Bitcoin burst onto the scene a few years ago, people have been speculating about who started it all. Now there's a man claiming for the title of Bitcoin’s creator: Craig Wright, or as he is known, ‘Satoshi Nakamoto.’ Mr. Wright has provided proof in the form of Bitcoin coins that are known to be owned by the creator of the currency that only the creator could possess.

His proof was revealed at a meeting with the BBC in which Wright had provided digitally signed messages using the advanced cryptographic keys that would have been created at the beginnings of Bitcoin’s development. These keys are linked to coins that were mined by Satoshi Nakamoto and were sent to Hal Finney at the beginning of 2009, as the first ever Bitcoin transaction.

Is It Really Him?

Economists and IT specialists are very confident that Mr. Wright is exactly who he says he is and even had the opportunity to check relevant cryptographic, technical and social data during the London proof sessions. Still, there are conflicting opinions about the new revelation; although the data and proof seems to be solid, it's a lot to take in and some remain skeptic.

What This Can Mean for Bitcoin

Bitcoin will survive and the identification of its founder will definitely create quite a stir. Potential buyers, users and investors may flock to Bitcoin, as this step was much needed to confirm the legitimacy of the currency. Today there are more than 15 million Bitcoins in existence, worth close to $7 billion.

There are now an increasing number of online casinos that have been dubbed, “Bitcoin Casinos.” This means that Bitcoins can be used to make deposits and withdrawals. Bitcoin is the most anonymous way to pay for services and players have fallen in love with this aspect of the crypto-currency.

Some casinos offer Bitcoin payments as a supplement to other online transaction methods, while some casinos imply Bitcoin-only payment. Some popular Bitcoin supporting online casinos include brands like Playamo Casino, BitCasino and BetChain Casino.

Bitcoin is now more valid than ever and continues to grow, as a reliable and safe way to pay. Expect more online casinos and online gambling sites to accept Bitcoin in the near future following the announcement of Mr. Craig Wright. 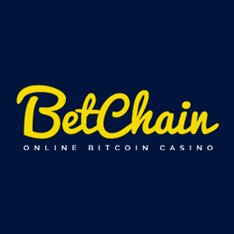