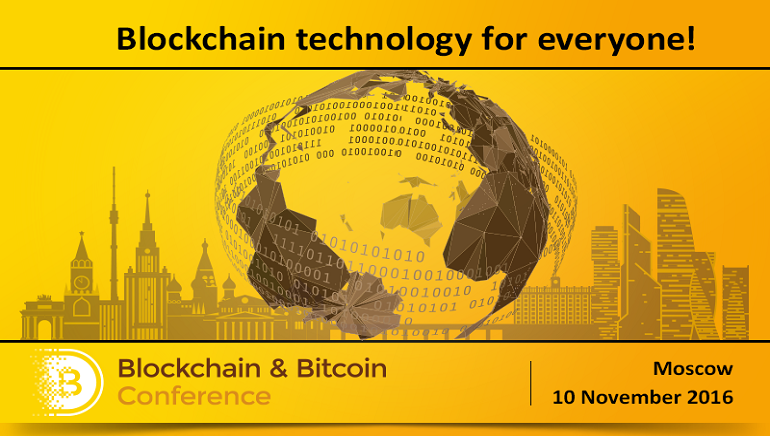 The fifth edition of Blockchain & Bitcoin integrated local and global expertise to the mainstream.

Digital October is pleased to announce that Russia’s largest conference came off a rousing success in Moscow!

On April 19, the annual Blockchain & Bitcoin Conference gathered 750 visitors and 30 speakers from Europe, America, and Africa to discuss blockchain and cryptocurrencies.

In many ways, the fifth annual version of the event completed the transition of Bitcoin and Blockchain from the IT sector into a veritable business culture.

Testaments to industry growth over the last four years include a Bitcoin capitalization mark of $17 billion, with the number of new projects growing so fast that this edition had to be divided into the two streams--financial-regulatory and professional.

Participants ranged from major Russian-speaking blockchain players to specialists from abroad who were introducing themselves to Russia for the first time.

Blockchain products were on display from categories of payment solutions, voting systems, identification methods, and solutions for interaction with artificial intelligence. Guests of the conference were the first to learn about a fascinating new project providing mobile banking for people without bank accounts pointed towards developing markets.

Attendees also learned that fruition of new large-scale blockchain-based projects is due as soon as 2018–2019 according to the expert forecast of Sberbank technical expert Kirill Ivkushkin; and that central banks are working on a competent approach to cryptocurrency regulation emulating effective existing models already in use in Singapore, the UK and Switzerland.

The list of insights shared and capabilities learned at Bitcoin and Blockchain Russia is endless, but those who missed it need not fret: Moscow was just one of five Blockchain & Bitcoin Conferences in 2017, with the next events scheduled for Prague and Saint Petersburg.

The diversification of presentation in Moscow has signalled a new mainstream era for Bitcoin and the Blockchain, transforming the technology from a novelty to a vital component of economic integration in the coming years.