Buffalo 50 Slot Released into the Wild by Endorphina 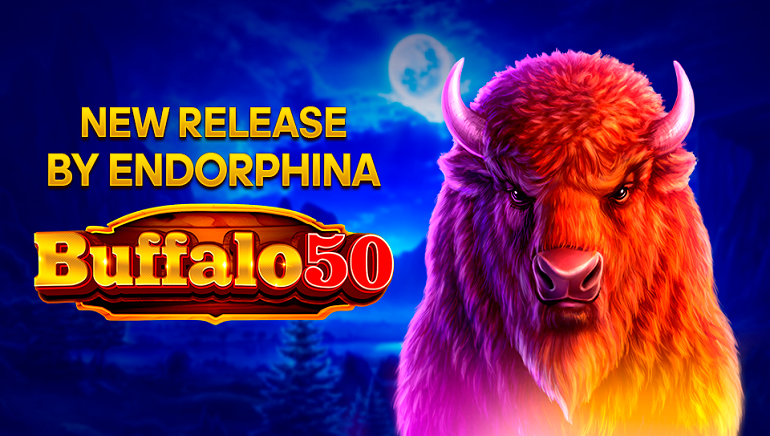 In Buffalo 50, Endorphina has chosen to celebrate the legacy of an iconic North American creature with a slot consisting of free spins and stacked wilds.

Once upon a time, the Buffalo of North America numbered more than 60 million. In the newly-released Buffalo 50 slot, Endorphina is celebrating the legacy of this majestic creature by providing gamers with a natural setting inspired by the stunning Yosemite Valley.

Designed with day and night settings, Buffalo 50 has been engineered by Endorphina to utilise five reels and four rows of symbol positions. With a spin of the reels, Buffalo 50 has a total of 50 paylines and the aim is for players to match symbols over those and generate winnings based on the multipliers stipulated in the paytable.

Buffalo 50 is instantly compatible on desktop devices while also being accessible on smartphones and tablets when switched to HTML5 mode, which is available for the iOS and Android mobile operating systems. With all 50 paylines active, the lowest wager can be €0.50 for one turn. If all settings are maximised, then the top wager can be €500.

At the maximum wager, five buffalo symbols can be matched on the same payline for €10,000 in winnings. Alternatively, the matching of five cougar or eagle symbols on a pay line can trigger a payout valued at €5,000.

The buffalo can also be used as wild symbols to substitute for all others, though not including scatters. A further benefit of the buffalo wilds is that these symbols can appear stacked when they land on the reels.

In Buffalo 50, the eye-catching scatter symbols are recognisable for being golden medallions. By landing three golden scatter medallions on the second, third, and fourth reels, the players can unlock five free spins with stacked wilds. An additional feature is the risk game in which winnings can be doubled up to 10 times by defeating a dealer in rounds of high-card draw.