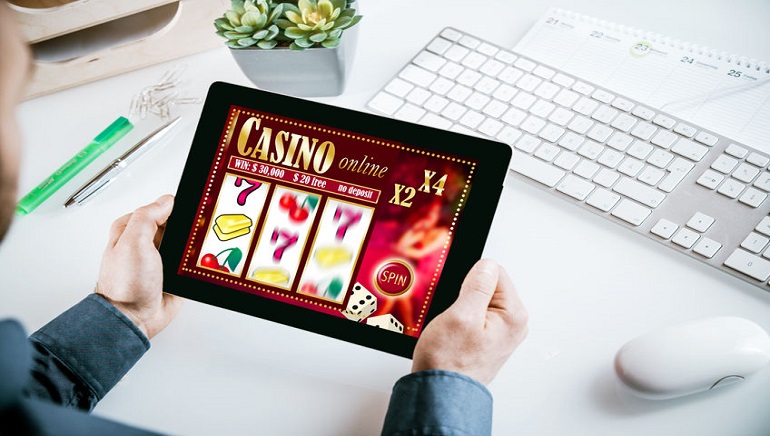 Online Casino Reports has been given access to some interesting statistics from a couple of the top sites and can now be shared here.

The online casino market is a fascinating one and a look at some of the statistics coming from some of the major operators gives you a snapshot of how many players are visiting casinos, what they are winning, information about bonuses and average returns on their wagers.

According to statistics that Online Casino Reports has received info from leading casinos BETAT Casino and Slotty Vegas, there were just under 100,000 combined visitors to their sites in March 2017. BETAT saw 39,063 visits and there were 60,513 at Slotty Vegas, although interestingly, BETAT customers played a total of 14,862,717 rounds over the month, while Slotty Vegas saw slightly fewer, with 11,095,454 rounds played.

The most popular games were both slots, with Microgamings' vampire themed Immortal Romance being the biggest hit at BETAT, while Wild Wild West, from NetEnt, drew the most players over at Slotty Vegas.

It was a very successful month for many players, particularly the ones who scooped the biggest jackpots at each casino A massive prize of €32,904 was won by a BETAT customer and a huge €27,585 was claimed by a lucky Slotty Vegas winner.

Everyone likes to collect bonuses and each of these casinos has shared details of how much they handed out to their players in bonus funds. BETAT customers were granted a total of €170,826, while €123,486 was claimed at Slotty Vegas. Of these bonuses, 59% of this amount was played through and turned into real cash at BETAT, but Slotty Vegas players managed to convert an impressive 78% into real funds.

The biggest multipliers, or wins compared to the triggering bet size, were an impressive 3225x at BETAT, and a slightly smaller, but still considerable, 3015x at Slotty Vegas.

Overall returns to player were similar at both casinos, at 97.25% and 97.85% at BETAT and Slotty Vegas respectively, so their customers kept the house edges to just 2% across each site.