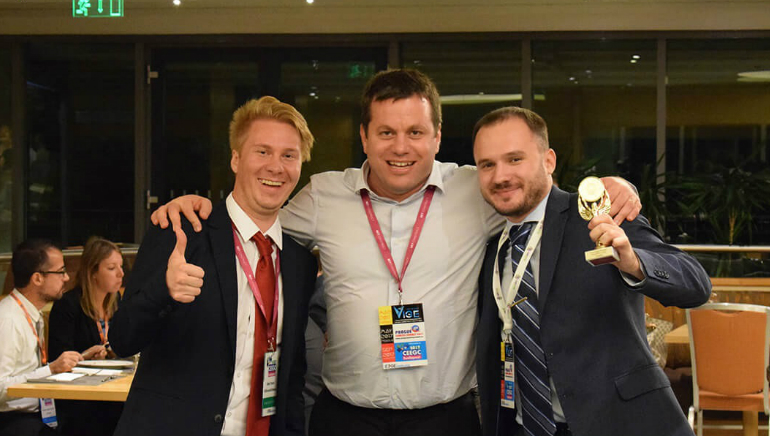 The CEEGC 2017 returns to Budapest in September, with two days worth of seminars, 50+ expert speakers, and Awards ceremony celebrating those who contributed the most.

Taking place under the motto "Unfinished business: DARE TO ATTEND," the second edition of the Central and Eastern European Gaming Conference and Awards (CEEGC) will be returning to Budapest this September. Spreading across two days on 19th and 20th of September at the Kempinski Hotel Corvinus, this year's event will gather more than 50 expert speakers and will primarily tackle burning regulation issues in Europe.

Last year saw the inaugural CEEGC take place, and it was one of the most important industry events of the year for the Balkans and Central and Eastern European regions. Due to the strong interest from the last year's participants as well as those looking to attend this year for the first time, the organizers have decided to add another year to the Conference, making CEEGC a two-day event.

The Budapest event will provide all industry stakeholders with important marketing updates, give them a peek into the latest innovations, and also offer some great networking opportunities to grow and expand their businesses. The CEE region and Balkans have been experiencing some major legal changes and challenges, and it is vital for all the businesses looking to keep their positions in the market to stay in the loop and understand what these changes mean for them.

With 50+ speakers across two days, these and many other questions will, no doubt, be answered adequately, making CEEGC 2017 a place to be in September.

Apart from the speeches and seminars, CEEGC will also bring back the Awards ceremony, which was a huge success last year, giving a lot of valuable media exposure to nominees and winners. Nominees for the CEEGC 2017 Awards will be announced soon in 10+ different categories, covering operators, gaming software suppliers, service providers and many others who have contributed to the online gambling industry as a whole in one way or another during 2017.