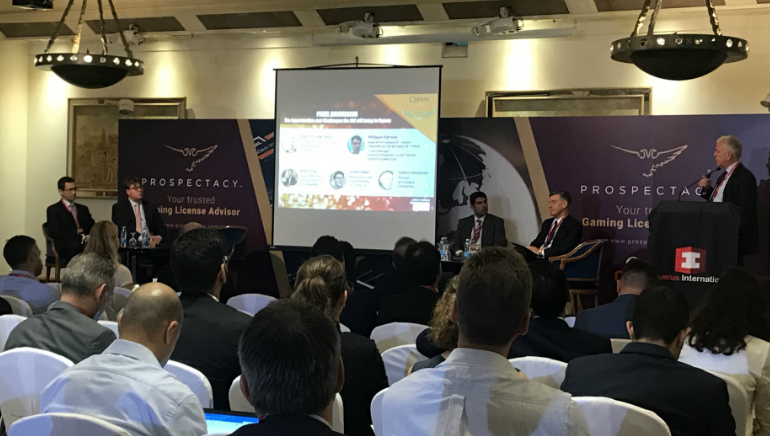 The event showcased local cooperative efforts to make gaming on the island work.

The first gaming event successfully bringing the offline and online gaming sectors together has come off swimmingly at an emerging global gaming hotspot.

The inaugural two-day Cyprus Gaming Show (CGS) extravaganza concluded on September 21st as a brilliant new showcase for the regional capabilities of Cyprus and establishing its place as a key B2B conference in Cyprus moving forward.

Chaired by 1710 Principal Consultant Christina Thakor-Rankin, CGS proved to be a triumphant local effort for government as well as independent and non-profit commerce organisations.

Representatives were on hand to present from a comprehensive array of organisations which included Invest Cyprus, Cyprus Investment Promotion Agency (CIPA), the Cyprus Chamber of Commerce and Industry, the Treasury of the Republic of Cyprus, the Cyprus National Gaming and Casino Supervision Commission, and the National Betting Authority of Cyprus (NBA).

The panel discussion on the future of new local Integrated Casino Resort (ICR) detailed Cyprus’ near term plans calling for construction of the biggest ICR in the EU, with Andy Choi of Melco Resorts & Entertainment deftly fielding a myriad of eager questions ranging from operation details to the positive impact of ICR on employment opportunity.

Making Sure it Works

Tasked with developing home-grown talent to fill casino vacancies, a delegation from the University of Nicosia in Cyprus UNIC Training and Development Unit was on hand to take notes.

Global experts such as Robert Brassai of Kerzner International provided outside expertise on operational issues involved in running a casino such as product mix and casino floor optimisation.

All aspects of community controversies surrounding newly issued land-based casino licences were addressed as well, with one side optimistic that Cyprus is en route to becoming the next regional hub for the offline and online gaming industries, and opponents concerned about the threats of gaming expansion to addiction and morality.

Opportunities, drawbacks, the status of current legislation, and the various regulatory bodies overseeing the activity were identified and discussed at length across several CGS panel discussions moderated by industry movers and shakers such as Cardinal International Group’s Graham Martin.

CGS tech panels centred around the current state of innovation, complete with a comprehensive guide to the use of cryptocurrency in gaming and the introduction of VR to the gaming experience.

Regulation discussions addressed key attributes of the privatisation of the National Lottery and the updates to EU Personal Data Protection Laws from the European Unfair Commercial Practices Directive (UCPD).

An inspired Yudi Soetjiptadi, the Managing Director of event promoter Eventus International, lauded the venue, country and people of Cyprus before calling next year’s event a “must-do.” From the sounds of this year’s proceedings, we can safely call CGS a “must-attend” as well!