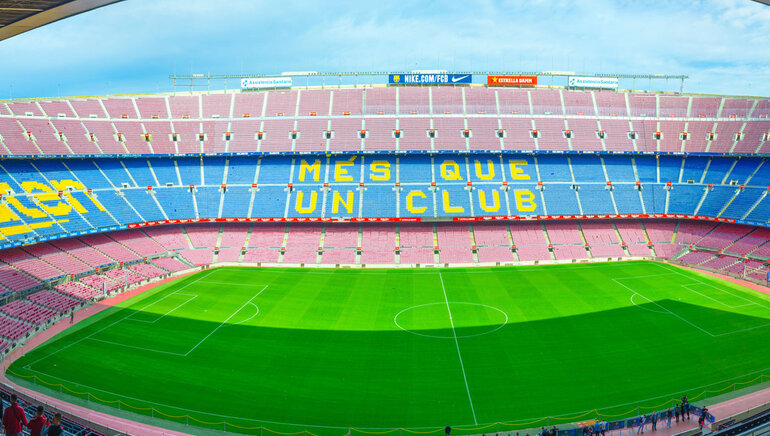 Bayern Munich hosts Barcelona at 20:00 GMT in the final round of the Group Stage.

The Champions League continues tonight across Europe, but unfortunately for Bayern Munich, that means playing at home in an empty Allianz Arena. The Catalans have traveled to Germany under a new coach and are in a must-win situation, while the Germans could get away with a loss and will still make the knockout rounds.

No such luck for Barcelona as Julian Nagelsmann said that he is going to select his best possible lineup. This could be the match of the night for a lot of reasons and things could easily go either way.

There are quite a few players out this match and both teams are suffering. For Bayern, they could be without Joshua Kimmich (COVID quarantine), Leon Goretzka (hip), Serge Gnabry (adductor), and Marcel Sabitzer (calf), while Lucas Hernandez is still not looking like he can play due to an injury he suffered against Borussia Dortmund.

Barcelona will most likely be without the key forwards including Ansu Fati, Martin Braithwaite, and Sergio Aguero.

With so many key players out how should we think that Bayern will line up? Well, Lewandowski is obviously playing on the attack so that's an easy one. He will be supported by Thomas Muller with Leroy Sane and Kingsley Coman on their respective wings.

In the middle, Jamal Musiala will probably get the start with Corentin Tolisso nearby. This could be a good excuse for Nagelsmann to experiment with a few new positions as he can afford it.

In the back, since Lucas is most likely not playing, Niklas Sule could be in the starting XI next to Dayot Upamecano, with Alphonso Davies and Benjamin Pavard playing on the left side and on the right side, respectively.

The odds in this article were accurate at the time of writing, December 8 at 13:45 GMT.