Cherry and its main new holding of Yggdrasil Gaming provide the foundation for diversified growth in Q3.

Cherry interim reports for Q3 include a positive EBIT of MSEK 11.0 – 131% growth for Online Gaming and 339% growth for its key holding Yggdrasil.

The main figures are hard to interpret and left to advanced financial prognosticators, but highlights of Cherry's report include the fact that group revenue generally increased 71 percent to MSEK 154.1 (90.4). The prominence of online revenue is also worth noting, as it makes up 72 percent of group revenue.

This performance generally translated to considerable improvement in profitability and to positive EBITDA results, which topped out at MSEK 17.4 (-3.0).

Key drivers of growth included the jump in online gaming by 131 percent, as well as the jump in Yggdrasil Gaming by 339 percent in which September stands as the first month of positive EBIT. These effective adaptations have spurred the application by Yggdrasil for a UK operator license.

Another Cherry holding with interesting results for Q3 lay with Cherry's acquisition of 71 percent of the shares of Malta-based company Almor Holding Limited, an online casino popular in German speaking markets. Another group that Cherry brought into the fold in late July was via Cherry-owned Game Lounge's acquisition of a prominent Finnish affiliate’s domains and affiliate agreements. The results of this acquisition are expected to bolster EBITDA figures another 600,00 in annual Euros as well as bring in over 10,000 additional depositing customers to Cherry and other operators over the next three years.

In a company that is accustomed to launching new and diverse online casinos such asEuroLotto Casino, Svea Casino and Suomi Casino (targeted to Swedish players), Cherry Casino is showing how vertical and horizontal relationships can be combined to access both affiliate clients as well as direct clients through effectively merging to expand customer base.

To this end, Cherry announced that strategic acquisitions were indeed successfully integrated within Cherry and all business areas to show those profits. 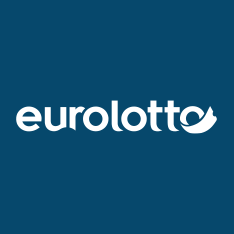