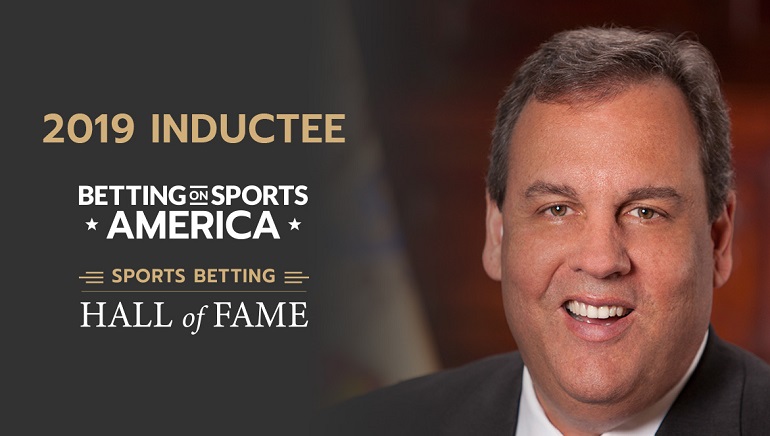 The movement to bring sports betting to America was in many ways spearheaded by the former New Jersey governor.

At this year's Betting on Sports America Conference, former New Jersey Governor Chris Christie will be inducted into the Sports Betting Hall of Fame.

During his gubernatorial term, Christie contributed heavily to the political capital bringing about the revisitation and ultimately successful challenge of PASPA, aka the US federal ban on sports betting ruled unconstitutional by the Supreme Court in May last year.

The Hall of Fame Ceremony will be April 25, 2019 at Manhattan's Sky Room at 330 West 40th Street, serving as the closing party of Betting on Sports America taking place at New Jersey's Meadowlands Exposition Center.

Christie's seven year plus battle to legalize sports betting in his home state also served to spearhead efforts at the national level to get the federal courts and the nation in general to take a new look and reconsider regulated sports betting.

The Hall of Fame is curated by Sports Betting Community, whose Founder and CEO Rasmus Sojmark said of the newest inductee:

“Without the political will from the governor’s office it is questionable that PASPA would ever have been challenged in the courts. For that bravery, the industry is indebted to Governor Christie and his inclusion in the Hall of Fame is just a small thank you for his support.”

Governor Christie said of the honour:

“Sports betting was held back for too long by the unfair federal laws, so I was more than happy to be the first to make a stand against them. I’m very proud and gratified to be recognised by the sports betting industry in this year now that PASPA is a distant memory.”

All opinions and decisions aside, the inclusion of a politician in the Sports Betting Hall of Fame after the largest sports betting conference in America stands as confirmation of the legitimisation of the sports betting sector across the US market.