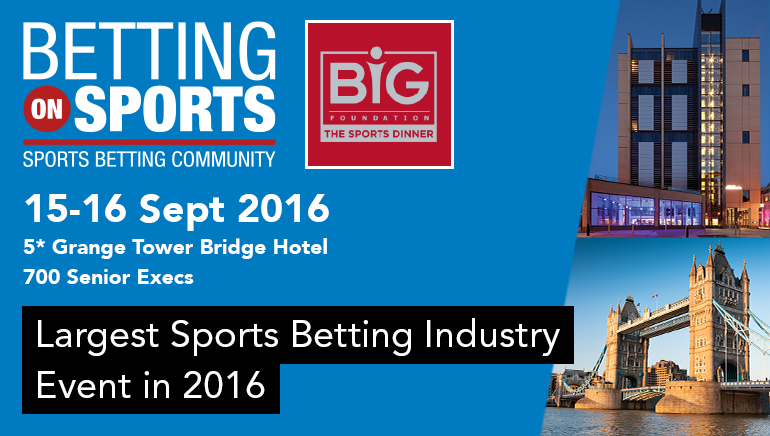 The former boxing world champion is set to speak at the world's premiere sports betting conference on the subject of the use of brand ambassadors in the sports betting industry.

The 5-Star Grange Tower Bridge Hotel in London will be hosting the most prestigious sports betting conference in the world starting on Thursday, 15 September. The event is set to be attended by some of the biggest names in the industry, including the CEOs of LeoVegas, Marathonbet, SBOBET and SNAI.

With over 70 speakers and over 600 delegates from various sports betting related companies, the event will span over two days and will include 6 different events. The Betting on Sports Conference 2016 is expected to bring practically all of the sports betting elite to one place for two days of constructive discussions and networking.

David Haye Speaking At The Conference

Just today it was announced that David “Hayemaker” Haye will be making an appearance and a speech at the conference. The former boxing world champion in two categories is set to discuss the use and effectiveness of brand ambassadors for the sports betting and other gaming companies. Haye will be joined in his speech by Adam Roland of Heavyweight Sports and Stuart Tilly of Argyll Tech.

The former world champion is also meant to join the rest of dinner guests at The BiG Sports Charity Gala Dinner, where he will be taking photos with the fans and giving and interview for James Haskell, the host of the Gala Dinner.

David “Hayemaker” Haye will be joining a number of senior representatives of huge gaming companies such as 10Bet, EnergyBet and Fortuna Group in the two day conference, where brand ambassadors will be one of the important topics.

Viktor Hoffman, the CEO of Marathonbet recently gave his take on the upcoming Betting on Sports Conference 2016, expressing his delight at such a major conference being organized in the heart of London, looking forward to meeting up with other industry elite and calling the event a Networking Extravaganza of sorts.

This event will be organized as a follow up to the successful Betting on Football Conference that took place earlier this year at the Stanford Bridge.