Online play is positively contributing to GDP and growing.

The South Africa casino lobby has announced a substantial contribution to the country's GDP for the recent fiscal year.

According to figures released Monday by the Casino Association of South Africa (CASA) in the annual Survey of Casino Entertainment in South Africa, the online gambling industry contributed R17.2b (US $1.13b) to the country’s gross domestic product in the last fiscal year covering 2014-15 fiscal year, a 4.5% jump from the previous year.

The CASA figures for South Africa’s entire gambling industry generated revenue of R24b for the fiscal year, for a healthy 9.6% year-on-year improvement. The casino business further contributed R5.7b to the government in form of taxes, a jump of 3.6% year-on-year.

Growth in the Face of Recession

CASA CEO Themba Ngobese pointed out that in the face of a South African economic downturn overall, the figures represented an “important contribution casinos make towards the South African economy.” Ngobese said that the capital expenditures of CASA members totaled R2.3b, in a time in which consumers are specifically decreasing spending on non-essential items like gambling.

Calls for Regulation and Protection

Ngobese also called for the government to provide CASA members with more equitable conditions for operation, pointing out that the casino industry currently supports over 64,000 jobs earning a cumulative R3.2b in the year.

Ngobese also called for the government to “stamp out” widespread online gambling offered by foreign operators to local citizens, in a country where online casinos such as CrazyWinners Casino, Rich Casino and SlotsPlus Casino are already popular. To this end, CASA has been waging a campaign to educate the public on the alleged hazards of online gambling, including a snitch line for punters to report online marketing and pop-ups detected from unauthorized gambling sites.

As far as regulation efforts within South Africa, the current status is that it remains unregulated. There are politicians in the country's Parliament attempting to get the government to approve and tax online gambling but the ruling party has refused to this point. 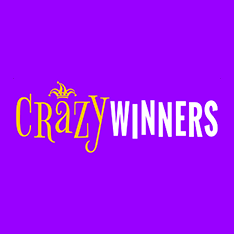