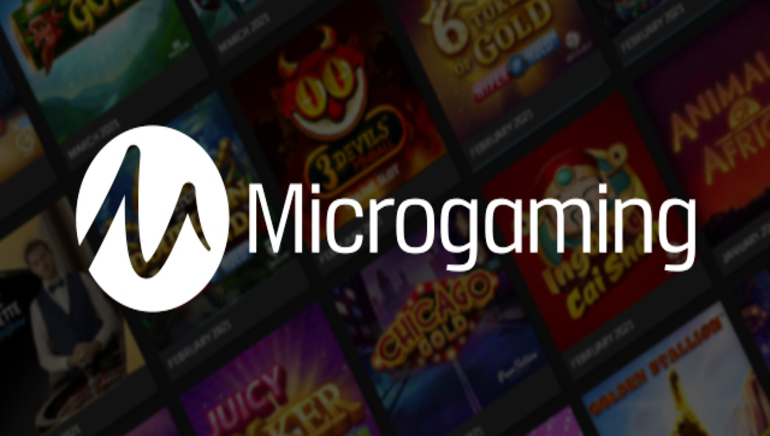 Microgaming dazzles the eye of slots and table games fans this April with an extensive list of games supplied by partner developers and game studios.

Microgaming is back in the spotlight with some truly memorable slots that are guaranteed to make this April memorable. The software developer works with leading casinos and will provide its new slots to a broad audience of players that enjoy the genre. There are a total of eight games scheduled for this month, with weekly releases to spice up the days preceding and following the Easter celebrations.

Alchemy Gaming ushered in the new month with a slot called 25,000 Talons on April 5th and Play Games follows two days later with Vegas Cash. The first is a high volatility slot with a maximum payout of €500,000 for players who spin the wheel bonus. The latter is inspired by the flashy lights of Sin City and keeps players engaged with the promise of a maximum payout of 5000 times the stakes. Vegas Cash is a medium volatility game with unique mechanics such as the Copycash™ wilds.

Wildfire Wins is a game that appeals to slot fans who appreciate the Just For The Win featuring sticky wilds, re-spins, and bonus rounds. The ultimate prize is a potential payout of 10000x, which can be unlocked by activating the Wildfire Wheel Bonus feature. This is a mobile-friendly game that can be tried on real money, as well as free in the demo format.

Crazy Tooth Studio’s contribution to the action-packed month comes in the form of the Rhino Rilla Rex™ slot. This game has 3125 ways to win and it has the Any Adjacent Pays™ feature that enables winning combinations to pop up anywhere on the reels. Players need to line up three symbols of identical creatures to trigger the Team-Up Reels™ feature that forms new reels.

Dig for Slots Riches in April

Mid-April is the time to start digging up riches, by spinning the reels of Gold Collector: Diamond Edition, a cool-looking slot produced by All41 Studios. The game has a standard 5x4 format with 50 pay lines and proven mechanics such as Link&Win™. Three scatter symbols produce free spins while three coins or diamonds are the gateway to the Diamond jackpot of 5,000x.

The month concludes on a positive note with a new 40 payline, 5x5 fantasy slot called Dungeons and Diamonds. This game was developed by PearFiction Studios and will hit online casinos on April 26. The standard gameplay is captivating, but the highlight of this slot is the Wicked Wizard’s giant jackpot with a maximum potential winning of €250,000!

Northern Lights Gaming will release the high-paying Magical Reels slot on April 25. Players can win up to 10000 times the stake and the Royal League Spin City Lux slot from Gong Gaming Technologies offers the same potential payout. Fiona’s Fortune wraps up the list of Microgaming slots this month, released by Gold Coin Studios on April 27, with an Irish theme and a high RTP.

Table games fans won’t be disappointed either, with games such as Dealers Club Roulette, Buster Blackjack, and Auto Roulette on the horizon. Real Dealer Studios and Switch Studios are the driving forces behind these games that can be played at leading Microgaming casinos. The list also includes games such as Gladiator Legends, Wolf Strike, Khan’s Wild Quest, Follow the Honey, and Eugenio from flagship Microgaming partners.