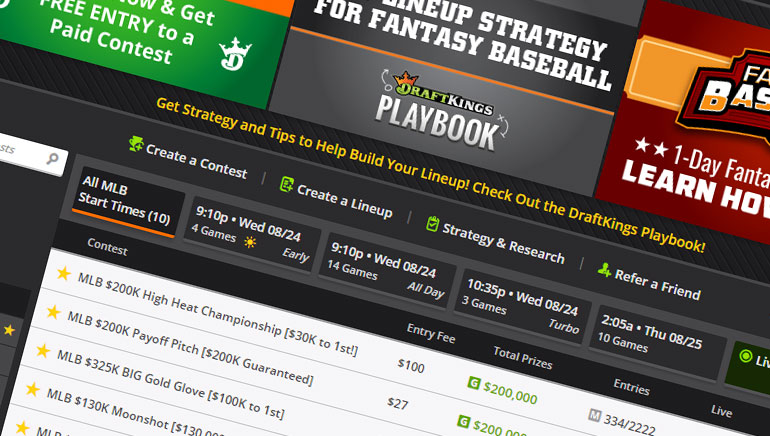 FanDuel and DraftKings have each secured separate deals that make them the co-official betting partners of the NBA.

There was a major deal announced that you may not have seen, earlier this week, as the National Basketball Association (NBA) signed two separate deals with online sports wagering giants FanDuel Group and DraftKings Incorporated. The deals will officially give both FanDuel and DraftKings co-official sportsbetting partner rights.

DraftKings, based in Boston, Massachusetts, took last Thursday to create a press release that detailed its plans to integrate the NBA into its own mobile-ready sportsbetting, promotional offers, daily fantasy sports, and free-play services. DraftKings will also become a presenting sponsor for the NBABet telecast, which is available on NBA League Pass and the NBA TV app, wherein its odds, betting markets, and props bets will be available. There will also be additional gaming content to create a more thrilling live-in-play game experience.

A Deal in the Making

This deal has been in the making since 2019 when DraftKings signed up to become an authorized gaming operator of the NBA. This new agreement has increased the operators' ability to display advertising during select events including the NBA All-Star Game and the annual NBA Draft.

Ezra Kucharz, the Chief Business Officer for DraftKings Incorporated commented, "The NBA season only just tipped off and yet we have already seen the immediate impact of the sport among our customer base with significant reengagement along with healthy new betting activity across all of our states. All of this signals the rising demand for NBA basketball in its 75th anniversary season among sports bettors and daily fantasy players and we are pleased to continuously collaborate with the league on new fan-centric platforms like our NBABet integration.”

FanDuel released a similar press release to praise the signing of the deal. NBA imagery will be present on FanDuel mobile services and social media channels. FanDuel will also be able to promote online casino games with trademarked NBA logos, and, use betting data and league symbols across its bookmaking offerings.

The President and Chief Executive Officer for FanDuel Group, Amy Howe, commented, “FanDuel Group’s partnership with the NBA has been a cornerstone of our success for many years and together we have revolutionized what is possible in a partnership between a professional sports league and a sports gaming operator. As we move into the next phase of our relationship to include the National Basketball Players Association (NBPA), we are excited to once again reimagine how we engage basketball fans.”