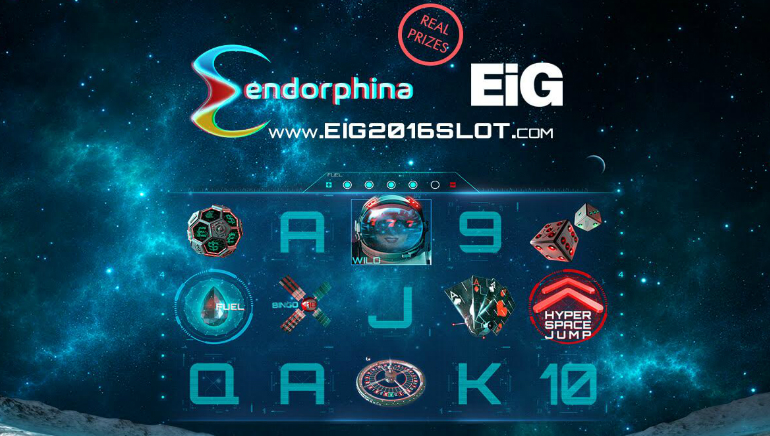 Endorphina, one of the leading casino games providers, has joined forces with Clarion events to create a truly unique slot game dedicated exclusively to the upcoming EiG 2016 Expo set to take place in Berlin in October. EiG is one of the best known events in the iGaming industry, expecting more than 2,000 industry professionals to be in the attendance.

EiG 2016 is dedicated primarily to innovation and invention, and that's where the idea for this unique slot has come from according to the EiG Event Director Rory Credland. Endorphina has approached them with the idea and it was simply to awesome to pass on. It was something that's never been done before.

The Endorphina's team of developers explains that this challenge was right down their path because they always try to think outside the box and push the limits. They believe that there is no better place than EiG 2016  to try something like this, as innovation is the very soul of this expo.

The custom made EiG 2016 slot features beautiful space design on a transparent background, with symbols like space stations, satellites, EiG logo serving as a scatter and triggering unlimited free games with 3x multiplier, and more.

The slot is completely free for anyone who wants to try it. All that is required for registration are your name, email, and the company name. Apart from being able to see this groundbreaking slot in action, there are some actual prizes up for grabs simply for joining the fun. All players can win genuine space food, free subscriptions to Endorphina games, 2017 Slot Academy Pass, AAA ICE 2017 Conference Pass, and more.

This truly novel idea clearly demonstrates the willingness of Endorphina to try new things. Clarion events, on the other hand, as the EiG 2016 organizer, are more than open to such novel ideas as they represent the future of online gaming, and the future is what the EiG Expo is all about.