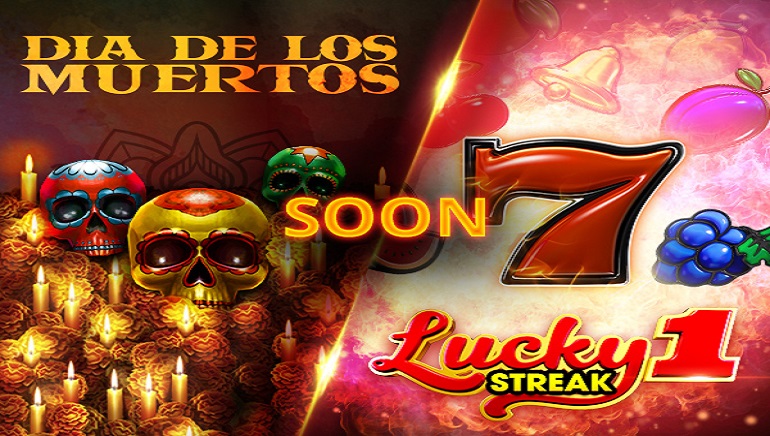 Basic details have emerged for the planned unveiling of Dia De Los Muertos and Lucky Streak at Endorphina casinos during autumn 2018.

Endorphina Gaming has revealed ambitious plans for autumn 2018. After releasing the Kamchatka slot, Endorphina plans to follow that up by bringing out two more new slots in the space of 30 days. One has been created for its Halloween harmony, while the second promises to deliver on the retro slot machine experience.

Dia De Los Muertos is a Mexican celebration and translates into English as “Day of the Dead”. At present, the details for that release are scarce, but other software providers have typically deliver colourful slot experiences that are filled with flair. Of course, it would be reasonable to expect Endorphina to put its own spin on the theme.

The Day of the Dead is also notable for the decorative skulls, looking both menacing and bright with their colourful designs. The “Calavera” can be made either from sugar or clay and are certain to make an appearance in the Dia De Los Muertos slot, based on the promotional art that has been released.

The forthcoming Lucky Streak slot is a much more casino-driven experience, with the game designed in the vein of retro gaming machines. Lucky Streak seems set to release after Dia De Los Muertos, giving players the ability to strike winning matches by using a variety of fruit symbols.

Dia De Los Muertos and Lucky Streak certainly have a lot to live up to, with Endorphina having released Kamchatka with a variety of special features. When not matching wildlife symbols, players can attempt to match up bonus and scatter symbols.