The new deal between Endorphina and Europe-Bet solidifies existing market share and lays the groundwork for adapted expansion for both.

Prague's Endorphina has inked a new deal, this time with Georgia's Europe-Bet, making Endorphina games available on Europe Bet, which is owned by Betsson.

Having launched online slots a scant three years ago, Europe-Bet may be a relatively new name in on the global iGaming stage, but this operator is firmly entrenched in its native market, holding an estimated 30 per cent of Georgia's total market share. It has also been about three years since Endorphina began developing its content.

After successfully expanding from slots to a full range of iGaming products including live casino, roulette and blackjack, Europe-Bet was acquired by Betsson for $85m deal last July.

The new deal with Endorphina came about as a result of several months of negotiations with Europe-Bet, a holding that Endorphina business development manager Ruslan Lyulko said his company considered attractive as “one of the top online casinos worldwide.”

Europe-Bet slot product manager Avtandil Oboladze gave a glimpse into his company's strategy of introducing new slot games in order to further strengthen its current leading position in the Georgian iGaming market, clarifying that the new deal will provide customers with a new experience which will increase satisfaction and loyalty.

This partnership looks promising for expansion as both companies are on a rapid growth trajectory and they can now integrate their services and adapt to emerging markets as well as the markets in which they already hold strong positions.

With the Endorphina brand already being effectively positioned through subsidiary casinos such as Coin Palace Casino, Omni Slots Casino and Casinovo, the brand experience of both companies already has a promising platform upon which to strengthen the interactive experience of clients of both.

The results of this new deal will be interesting to watch, because in the accelerated pace of market share and expansion into continually emerging newly regulated markets, effective meshing of complementary skills of even smaller brands can catapult a new partnership right to the top of the market. 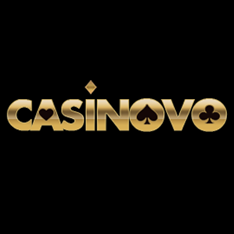