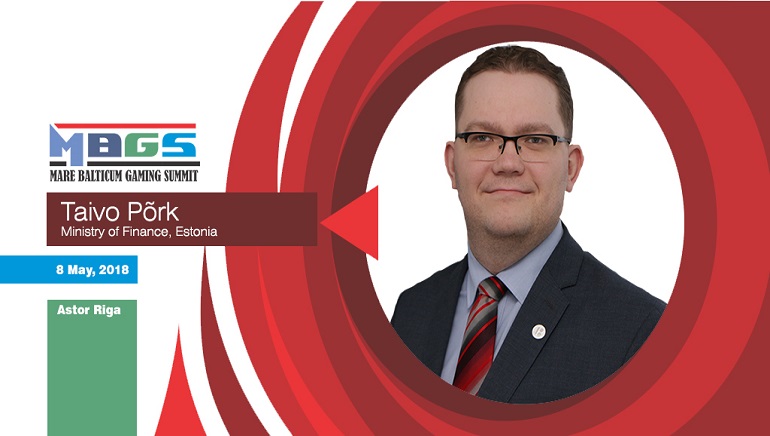 Taivo Põrk is one of the people who helped create the gambling policy of Estonia, so he will certainly have some interesting insights to share in Riga in May.

The Baltic Sea Gaming Summit (Mare Balticum) 2018, scheduled to take place on May 8 at Astor Riga in Latvia, is an event gathering a great number of the gaming industry stakeholders, promising a wealth of useful information for everyone in the attendance. This was further confirmed in the latest press release from the organizer, announcing Taivo Põrk of the Estonian Ministry of Finance as one of the speakers.

Taivo Põrk is one of the people who have been heavily involved with the gambling legislation in Estonia since 2011. Apart from performing his duties in the Ministry, Põrk has also been a member of the Expert Group on Gambling Services since 2012. This makes him well-informed and competent to speak about various legislative aspects of gambling in Estonia.

Of course, he is just one of many speakers and attendees expected at Mare Balticum Gaming Summit 2018. Organizers expect representatives from Play’n GO, Cubits, Scout Gaming, Danish Gambling Authority, Swedish Trade Association, and many others to be present in Riga in May. Hence, the event will not just offer the wealth of useful insights, but also plenty of networking opportunities.

Young Market on the Rise

In Estonia, gambling has been illegal for decades prior to the mid-1990s, when the first legislative frameworks were introduced. Following the first gambling and lottery acts in the country, gambling started to really pick up in Estonia, with Tallinn, as the country’s capital, leading the way. By 2008, there were 91 casinos in Tallinn, but this number dropped to 33 by 2010.

When it comes to online gambling, 18 operators are licensed to provide these services in the country. Gambling licenses are issued for the period of five years, with different licenses for different sub-types of gambling activities. The Estonian Tax and Customs Board is the body in charge of reviewing the applications and issuing licenses.