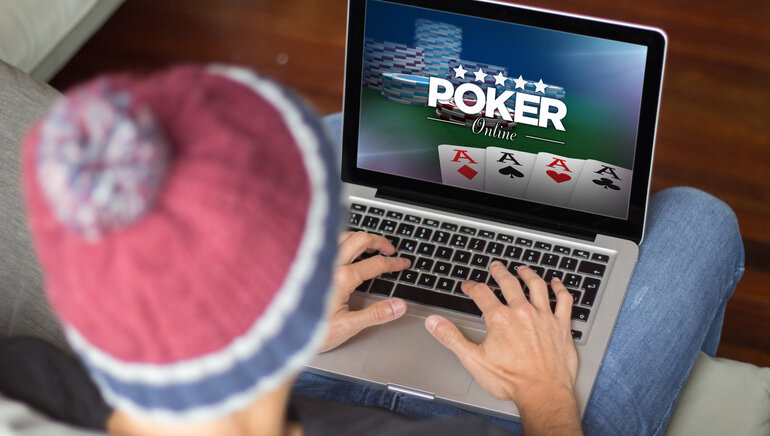 Five card draw poker and three card poker are two of the simplest types of poker variations, and ideal for new players. While the games share several similarities, they're also different in many ways.

Many prospective poker players find themselves overwhelmed by the sheer number of poker variations—they don’t know where to start! There are three main types of poker: draw, stud, and community, but within these categories, there are many different variations. In this article, we’ll discuss 5 card draw poker and 3 card poker. These games are very straightforward and an ideal choice for beginner poker players.

Read on to find out everything you need to know about five card draw and three card poker!

While the number of dealt cards in each game is different, both five card draw and three card poker operate on the same premise: getting the highest possible hand.

Poker hands, from lowest to highest, are:

Poker is said to have been invented in New Orleans, U.S. between 1810 and 1825, although it may be related to several older European card games. The original game was played with a deck of 20 cards and only five cards were dealt. Also, only one bet was placed (as opposed to two in today’s games.) The original poker eventually evolved into many different variations, including five card draw.

Five card draw poker is one of the simplest types of poker to play, and it’s often the game that new players choose to begin with. The “draw” aspect of the game means that players have a chance to exchange some of their cards after the first hand is dealt.

Before the cards are dealt, players need to buy-in. There are different variants concerning buying in: blind and ante.

In blind games, the players to the left of the dealer (the “small and big blind”) put in a blind before the cards are dealt. Players who want to continue need to match their bet. In ante games, all players have to put up a blind of the same amount to receive cards.

After the draw, players bet again and those who don’t fold ultimately show their cards to see who won in what’s called the Showdown.

Five card draw is a relatively simple poker game, so the strategy is fairly basic and generally revolves around how many cards to exchange.

Three card poker is a relatively new variation of traditional five card poker. It was created in 1994 by Derek Webb and patented three years later. The game wasn’t accepted immediately; it took several years for casinos to adopt it, and even then, there was a lot of litigation about patents. Today, three card poker is readily available at most online casinos.

How to Play Three Card Poker

In three card poker, players play against the dealer, not against other players. After placing an initial bet (the ante), players and the dealer receive three cards that are dealt face-down. Once the cards are dealt, players decide how much/if to wager more. If players do want to continue, they need to bet the full amount of their ante, effectively doubling their total wager.

The rules of three card poker are slightly different than five card draw. In three card poker, the dealer needs a Queen or higher in order to play the hand. If the dealer doesn’t play, wagers are paid back 1 to 1. If the dealer can play, their hand is compared to each individual player, and wagers are paid out accordingly. If the player loses, he loses his first and second bet. If the player wins, both bets are paid out 1 to 1. If it’s a tie, nothing happens.

In three card poker, players can place an additional bet called the Pair Plus bet, which bets that they will have a pair or better. Some casinos also offer an Ante Bonus, which is awarded if players have a straight or better before the second bet. In many UK casinos, there is an additional Prime wager that pays out according to the colors of the cards.

Basic betting strategy for three card poker is to raise your bet if you get a hand of Q-6-4 or better. However, if you have a Queen, 6, and your third card is lower than 4, you can still go in. If all three of your cards are lower than Q-6-4, you should fold.

Where Can You Play Five Card Draw and Three Card Poker?

Five card draw is usually found online. It’s rare to see it at land-based casinos, though it is popular at home games. Three card poker can be found both online and at land-based casinos. If you’re just getting into poker, both of these variants are excellent jumping-off points. And if you play online, you can look for free play options so that you can practice before putting down real money.