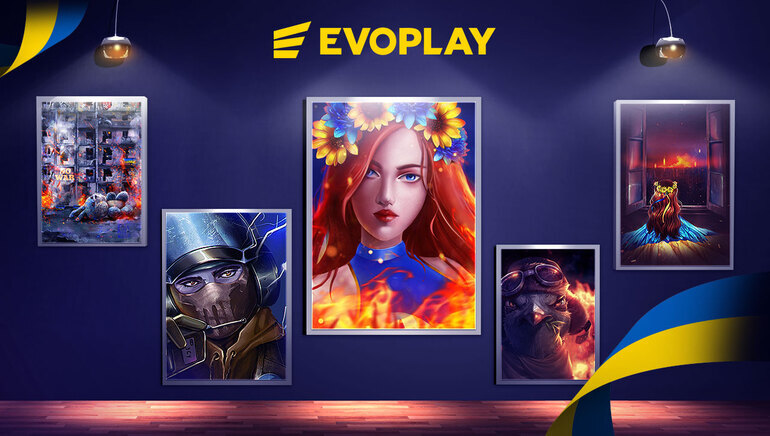 Evoplay series of themed-NFTs goes on auction on April 6 and the money raised from selling these great-looking items will be spent to support the Ukrainian war efforts.

Evoplay is one of the game development studios whose creative Ukrainian team has released amazing titles. The company relies heavily on the contribution of developers from this country and stands with the battered nation. Its latest project is aimed at supporting the defensive efforts of the Ukrainian army.

Check Out the Series of Themed NFTs

Evoplay has supported the efforts of Ukrainians to defend their homeland ever since the Russian invasion started. The release of the themed NFTs is only the latest project aimed at contributing to the valiant efforts of the defenders. The series consists of five digital assets that highlight the bravery, strength, and determination of regular Ukrainians.

Those who resonate with this initiative can show their support for the cause and purchase the NFTs from the OpenSea.io platform. This is where the official auction is scheduled to start on April 6that 11 AM. The series of non-fungible tokens is visually appealing and will surely enhance the portfolios of NFT collectors. Buyers will do the right thing while acquiring a visually appealing item.

How does the NFT Auction work?

Evoplay is all about transparency and the company has made the purchase of the NFTs simple even for people unfamiliar with such auctions. Each NFT will have its QR code that enables bidders to donate directly to the National Bank of Ukraine. The money will be spent to cover the financial expenses that the national army needs to finance the war efforts.

Ivan Kravchuk, CEO of Evoplay was the one to make the announcement and reiterate the fact that the company stands with Ukraine. This is just the most recent creative solution founded by them to provide the much-needed financing for the Ukrainian army. Given the growing popularity of cryptocurrencies, blockchain technology, and NFTs, this auction is expected to meet and exceed expectations.

The designers working on the series came up with a product that is not only wholesome but also a solid asset for investors. During these trying times, even the smallest efforts matter, and the joint actions of partners, friends, and employees are much appreciated. Evoplay is just one of the many companies that rely on Ukrainian developers and designers and one that is 100% committed to giving something back when help is needed the most.