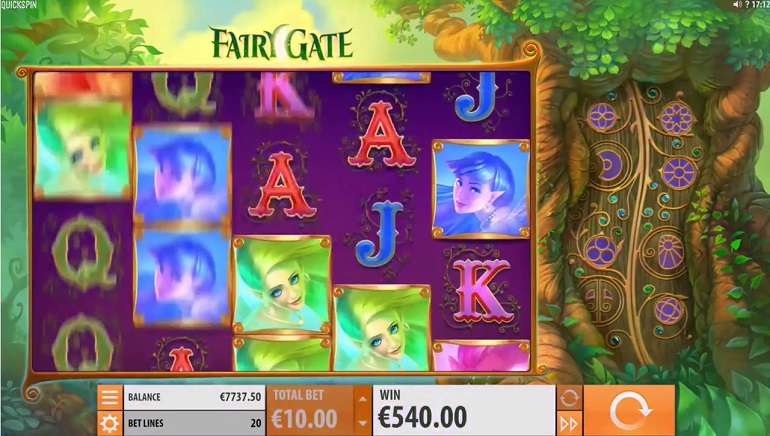 Quickspin's Fairy Gate is a 3x5 slot developed in HTML5, making it compatible with desktop, mobile, and tablet. Fairies are the main characters in this game, and the striking graphics make the magical creatures come to life.

Magic is in the air now that Quickspin’s newest slot, Fairy Gate, has been released to Quickspin-powered online casinos. This fun, flighty slot game is set in an enchanted world in which fairy orbs dole out enticing prizes, including wilds, respins, and free spins.

Fairy Gate is a 3x5 slot developed in HTML5, making it compatible with desktop, mobile, and tablet. Fairies are the main characters in this game, and the striking graphics make the magical creatures come to life. Symbols are mainly letters, except for a few pointy-eared fairies. It’s the fairy orbs, however, that steal the show; as they are released from the Fairy Gate, they reward random wilds and respins, which can propel players to epic wins. Fairy Gate also features Quickspin’s unique Achievements Engine, which adds an additional layer of gameplay to each Quickspin game. The ultimate goal: Giving back a portion of players’ expected losses.

Fairy Wild Respins can be triggered on any base-game spin. When this happens, wilds are added to the screen and 2 extra reels are activated. These extra reels only consist of fairy orb symbols. Each fairy orb that lands during a spin rewards 2-5 extra wilds per orb and 1 respin. The feature ends when no Fairy Orbs land.

When 3 bonus symbols appear on the reels of the base game, the Free Spins feature is triggered. In this round players immediately receive 10 free spins. The Fairy Gate remains open throughout the Free Spins feature, which leaves the fairy orbs free to fly out of the gate and award additional wilds. Unfortunately, this feature cannot be retriggered, but it can happen more than once, whenever 3 bonus symbols land on the reels.

Quickspin is a Playtech Group company and is known for its innovative video slots for both online and social gaming. Quickspin's platform easily integrates with their customers' systems and includes unique tools to help attract and retain players.