Fugaso Officially Releases the Hit the Diamond Slot on D-Day 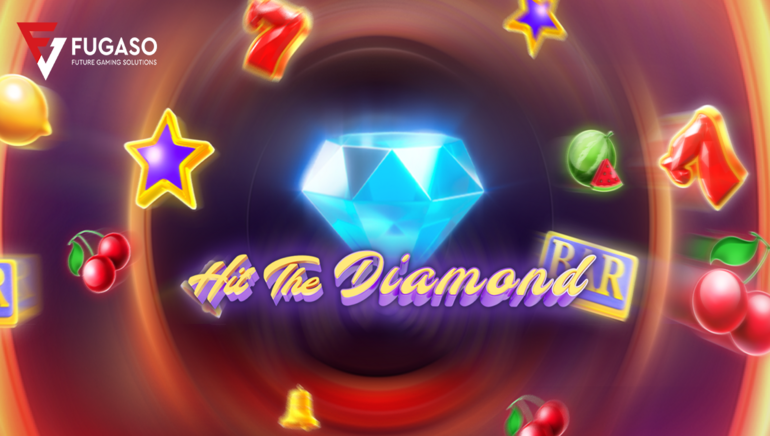 Fugaso releases the Hit the Diamond slot, a game with a classic theme and original mechanics, including the Day 2 Day™ Jackpots.

Summer officially begins with some great games from Fugaso in the first cool game available to slots fans is Hit the Diamond. Released on June 6, just in time to celebrate the day, the game has a classic look and appeals to those who appreciate slots with a fruity theme. It is a mobile-friendly game developed in HTML 5, with a high return to player, medium volatility, and some exciting features.

Three Jackpots up for Grabs

The first thing players notice when they start spinning the reels of Hit the Diamond is the fact that it has not one, but three jackpots. The Mini, Midi, and Maxi jackpots spice things up by providing an extra chance to win a larger amount. On a day-to-day basis, the slot is satisfying to play because of the high return to the player of 96.5%. It has medium volatility, so there is a good chance to hit the winning combination whenever the reels start spinning.

Fugaso decided to keep the classic 5×3 structure which is used by most slots today, including most of the games in their portfolio. The fruity theme brings back memories of brick-and-mortar casinos with better graphics and exciting sound effects. Hit the Diamond is a shining example of how modern technologies can augment a popular concept and deliver an immersive game. The slot was released worldwide and it is available in two dozen languages, so punters from many countries can fully enjoy the experience.

Hit the Diamond captures the very essence of classic slots, but doesn’t get stuck in the past. Instead, the game introduces many of the modern features that are at the cornerstone of successful new releases. While substitutions and scatter wins have the merit of spicing things up, the icing on the cake is the three jackpots. Speaking of which, the celebrated Fugaso mechanic called Day 2 Day™ Jackpots is the springboard to potentially big winnings.

Hit the Diamond is a slot designed to appeal to both casual punters and veterans, because of the flexible betting limits. You can bet as little as $.20 or as much as $100 per spin, so it’s easy to find a convenient amount to wager. Fugaso will be back with more slots in the months to come, but for the time being this game should keep punters at the edge of their seats.