FunFair, a blockchain-based gambling platform announces the addition of credit card payments to try and expand their reach in the global iGaming market.

One of the leading forces in blockchain gaming, FunFair has decided to expand its offering of payment methods with some mass-market options as well. Namely, the company is now also accepting fiat currency payments via credit cards through MoonPay, a popular cryptocurrency payment processor. Cards are accepted on FunFair's brands including CasinoFair.

Bringing Blockchain Gaming to the Masses

This latest move is in line with the company's philosophy to bring the advantages of safe and verifiable fair gambling into the mainstream. By enabling credit card payments, FunFair is hoping to reach out to a whole new market and bring guaranteed fair gaming to all members of the ecosystem, from players to operators.

To show just how serious they are about this plan, the company has also removed one major obstacle. Namely, players are no longer required to pay network fees, better known as GAS, when making transactions. Furthermore, platform users can now only play in FUN, the company's own cryptocurrency, which significantly simplifies the whole process.

According to FunFair's CPO Fred Kessler, the introduction of credit card payments is a huge milestone for the company and its long-term goals. This is an idea that has been long coming and FunFair has put a lot of effort into the payments and marketing segments to improve the user awareness and the adoption of the blockchain platform.

MoonPay, the company that was selected as the partner on this project, is one of the fastest-growing payment processors in the crypto world, so the business deal between the two doesn't come as a surprise.

MoonPay's CEO and co-founder Ivan Soto-Wright emphasized that provably fair games as presented by FunFair have a great potential to promote cryptocurrency at large. Thus, they're looking forward to this newly-forged cooperation, which should prove fruitful for both parties. 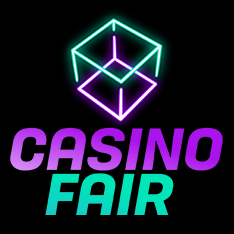