Gaming Expo Francophone Africa Delayed a Year, with Benefits to be Passed to Stakeholders 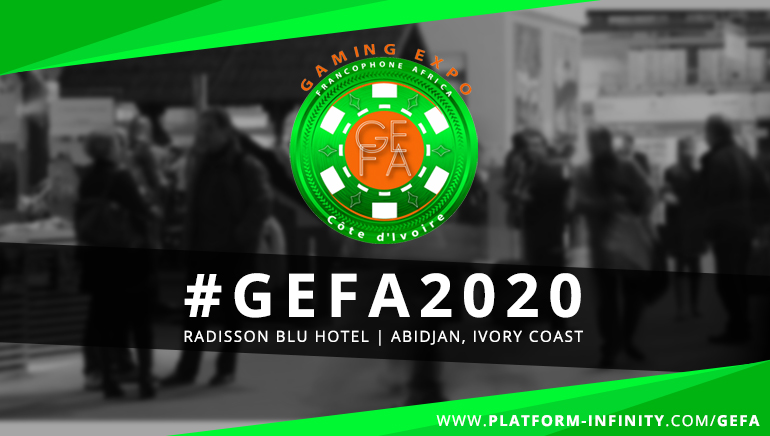 With a wide target market, the organisers of GEFA are playing the long game to achieve conference goals.

Gaming Expo Francophone Africa GEFA has been postponed until 2020.

The postponement was announced by promoters Platform Infinity and Eventus International.

Originally set to take place from 26 to 28 June 2019 in Abidjan, Ivory Coast, the opportunity to increase the following of the vast overall market precipitated Platform Infinity and Eventus International's decision to move the event to 2020 for greater global and local benefit.

“The Francophone gaming market has great potential and we identified a need for an event to be hosted especially for the French speaking African countries. We were amazed with the interest GEFA has received, but the numbers are not what we want it to be at this time,” explained Eventus International Head Yudi Soetjiptadi, “... by moving the event to 2020, we can use the extra marketing lead time to generate further interest internationally (and) “the French speaking countries in Africa.”

Though difficult, the decision to postpone was ultimately agreed upon by all GEFA event partners and regulators in Ivory Coast in recognition of the massive potential of an added year of preparation.

Lou-Mari Burnett of Eventus International and Platform Infinity further affirmed that “Moving GEFA to 2020 will allow all parties involved to generate more interest internationally and locally in Ivory Coast,” while further suggesting a greater optimal lead time “since there was never a gaming event dedicated to the French speaking African countries before.”

At this point, increasing the lead time and delaying the launch is clearly seen as more in line with the conference goal of recognising and harnessing the full potential of these regions “for all who attend to fully profit from their investment,” Burnett explained.

With seasoned event professionals measuring their approach, the delay of GEFA to 2020 appears to be an effective measure which will benefit all stakeholders in the long run.