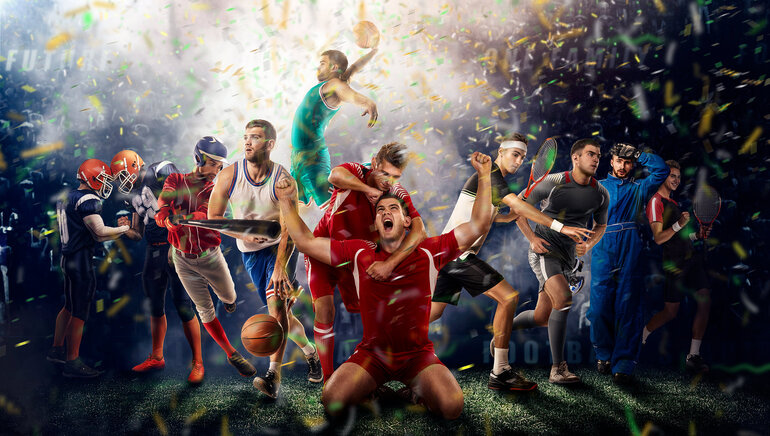 Place your bets on the best European and African football teams this weekend, or try to pick tennis winners at the Australian Open and predict NFL playoffs results.

This weekend is not only about football and sports fans who have an account with bet365 are in for a treat. There is everything from horse racing and UFC fighting to tennis and of course, major football games on the menu. You can bet pregame, live and place ante-post wagers or try your luck with special markets at competitive odds.

Horseracing fans are anxiously waiting for the Cheltenham Festival, but there are other exciting races to keep them busy for the time being. On Saturday, you can pick Shishkin or Energumene to win a race where they start as big favorites. Haydock also shows a lot of promise for punters who love betting on races, and there will be some great wagering options on Lingfield’s new Festival, the Winter Million. The races will be broadcasted live and punters can take advantage of bet365’s Price Promise and Best Odds Guaranteed campaigns, as well as the Each-Way Extra offer that applies to all major horseracing events.

The weekend starts fast and furious in the Premier League, with Manchester United welcoming West Ham on Saturday. Both teams were disappointing last weekend when they are allowed plenty of goals and are in dire need of a victory. The Red Devils are credited with the first chance and odds of 9/10, while the visitors are priced at 28/10 by bet365. The next day at 4:30 PM UK time Chelsea and Tottenham play the Derby of London. The Blues are favorites with odds of 13/20, while Tottenham gets 4/1.

Hoffenheim vs Dortmund is the flagship match in the German first division. The visitors are slight favorites, as reflected by the odds of 11/10, but Hoffenheim is competitively priced at 21/10. There are two exciting matches scheduled this weekend in Serie A. Atalanta is expected to defeat Lazio on the road and are priced at 6/5 by bet365, as opposed to 21/10 for Lazio. Milan and Juventus are perfectly even in the Sunday Derby, with each of them getting odds of 17/10.

Poker enthusiasts who can predict winners in the Premium League and complete weekly missions will receive freeroll tickets, leaderboard points, and prize wheel spins. This represents a great incentive for them to try the excitement of sports betting. In Spain, Valencia will be heavily tested on the road by Atletico Madrid. Odds of 9/20 for the hosts and 13/2 for the visitors clearly highlight the discrepancy between the two teams. There is also plenty of action in the Africa Cup of Nations where the playoffs start this weekend.

Spice Things up with Cricket, NFL and UFC

bet365 Sports has some great alternatives for punters who want to diversify their sports betting routine. You can bet on the five-match T20 tour that England takes in the West Indies or try to predict the winner in the South Africa vs India Derby.

The NFL playoffs start this weekend, with Tennessee slight favorites over Cincinnati on Friday. Green Bay Packers are priced at 2/5 to defeat the San Francisco 49ers, while Tampa Bay gets 13/20 against Los Angeles. The Kansas City Chiefs are priced at 4/5 against Buffalo who get odds of 11/10.

UFC fans have two exciting games to bet on, as Francis Ngannou takes on Ciryl Gane. You can bet on the reigning champion or the Interim in what was described as “one of the best, if not the best heavyweight matchup ever”. The alternative is to wager on the Brandon Moreno vs Deivson Figueiredo, a match that marks the end of a fantastic trilogy.

There is Life after Djokovic at the Australian Open

The first Grand Slam of the year will miss some of his brightest stars as Novak Djokovic doesn’t play. Rafael Nadal continues unabated as well as Daniil Medvedev and Alexander Zverev who won all their games so far in straight sets. They are all scheduled to play this weekend against Khachanov Kyrgios and Albot who won’t give up without a fight.

Bet365 Sports also has a fascinating selection of special markets with exceptionally high odds. You can bet on Memphis Depay to score 5 or more goals at the World Cup later this year or Max Verstappen to win the F1. There are more than 50 markets in the specials category, including the Eurovision Winner, the one to prevail at the Darts Premier League, and the Men’s and Women’s cricket World Cup winners.

The odds mentioned here were accurate at the featured bookmakers at the hour the article was written, respectively on Wednesday, January 1 at 4 P.M. UK time.