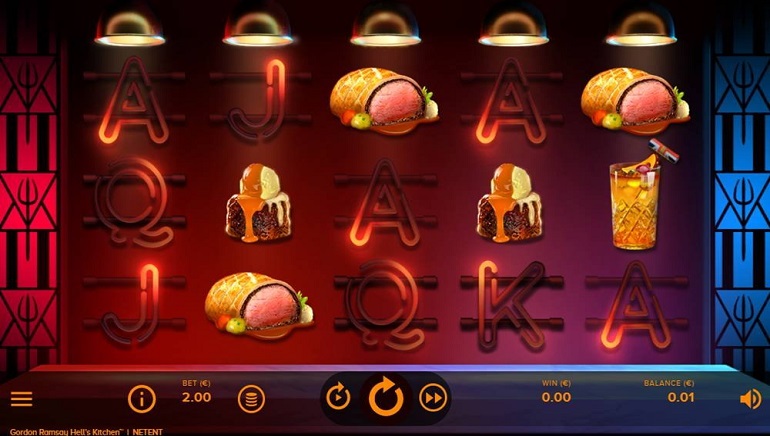 Few chefs in the world could ever imagine being at the level of Gordon Ramsay. The British celebrity chef currently operates 35 restaurants all over the globe, is a regular on travel and cooking shows, and now, he can add iGaming to his resume as NetEnt has developed and released a brand new video slot - Gordon Ramsay's Hell's Kitchen.

This new branded collaboration slot is turning up the heat on the industry with some of the chef's signature dishes and catchphrases that have made him a megastar.

Ramsay is a household name across much of the globe. He has accumulated an amazing 16 Michelin stars and has transcended the culinary world creating a brand and global business which spans Europe, the UK, and the US. Now, fans of the chef will be able to spin the 5-reels of his new video slot.

Can't take the heat? Get out of the kitchen!

This new 5-reel 3-line slot is based on his hit show Hell's Kitchen, now going into its 20th season. The slot truly encapsulates a bit of what it's like to work in Hell's Kitchen under the watchful eye and vulgar tongue of Chef Ramsay.

The slot has a very cool wild feature called Ramsay's Wilds, wherein up to seven Wild symbols will appear on the reels in the main game. There are also Scatter symbols that will appear when Ramsay gives one of his classic glaring stares. The Scatters will activate the Team Challenge Free Spins where things start to get hot.

Players will pick a team, and if they win, they will be taken to Gordon's Bonus Game where random prizes and Multipliers of up to 5x the wager are hidden behind the menus. This feature could potentially give players a big payout.

NetEnt is the perfect studio to have developed this game as their themed-games are of the best in the industry. NetEnt was acquired by Evolution Gaming, the live dealer specialists recently and continue to churn out some of the best games in the business.

Todd Haushalter, Chief Product Officer at Evolution commented: “This is a genuinely fun game that is rich with bonus features that are not found in any other slot. We pride ourselves on bringing new playing mechanics to the industry. The team did an amazing job with this game and they did a brilliant job capturing the essence of Chef Ramsay and Hell’s Kitchen. I am sure players are going to love it.”