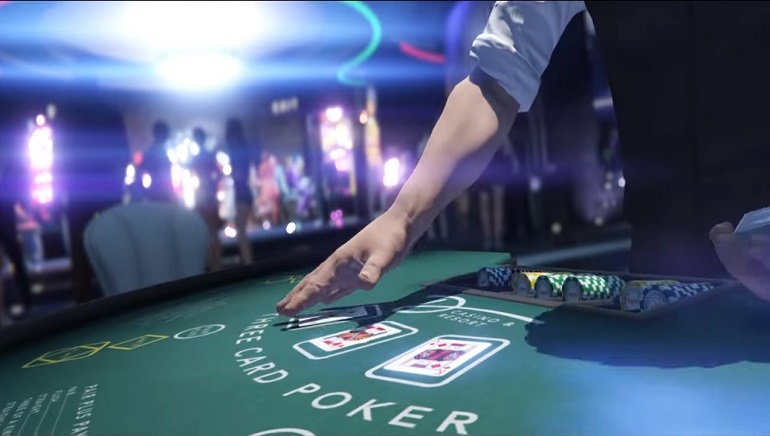 A July 2019 update to GTA Online includes new missions and much more now that the Diamond Casino & Resort is open for business.

From great train robberies to daring bank heists, GTA Online players have enjoyed some wild times over the past five years. And, as of 23 July 2019, the digital playground will also provide a virtual casino in the form of the Diamond Casino & Resort.

This new development comes with all kinds of new opportunities, including games and missions. Arguably the coolest, however, is being able to own a luxury penthouse on the roof of the entire complex.

The Diamond is a location where players can send their avatars to partake in table games like blackjack, roulette, and casino hold’em – that’s enough variety for some online casinos. Developer Rockstar has even added slot machines and horse racing to set the Diamond on a par with Las Vegas casinos.

GTA Online is an online multiplayer experience that enables players to earn virtual currency by completing missions or exchanging real-world currency. And rather than simply pay out virtual currency, Rockstar has devised a series of prizes that can be given away.

For starters, there is a lucky wheel that can be spun for freebies, including cash, chips, and outfits. Meanwhile, there is the grand prize of a new car, with the red and black Truffade Thrax a sleek proposition for screeching around the streets of Los Santos.

This update has been close to six years in the making, with the resort area found in the GTA Online map shown as a closed-off lot. Now, the fledgling enterprise is poised to open with a bang, as players will be presented with a brand new set of co-operative missions.

Rockstar has already confirmed that the missions are story-driven, having revealed Diamond owner Tao Cheng needs protection from a family of corrupt Texan oil magnates. Various missions have been planned en route to players to seeing off the explosive threat.

GTA Online arrived a month after the September 2013 release of Grand Theft Auto V. Since then, the online gaming environment has gone from strength to strength. After early teething issues, players have been treated to all kinds of features and benefits.

In 2015, for instance, Rockstar introduced the Heists update, comprising a series of pulsating cooperative missions. At the same time, GTA Online has also appealed to casual players who would rather race around the streets and get up to no good. The opening of the highly anticipated Diamond Casino & Resort should, therefore, appeal to all kinds of players.