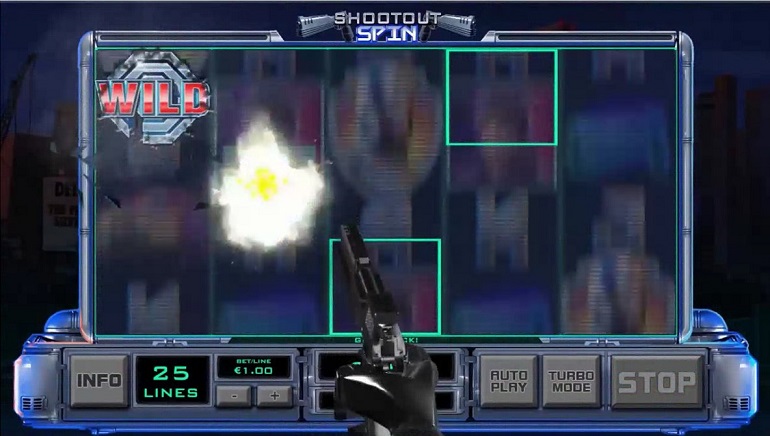 The new RoboCop slot features 25 paylines and a bunch of different bonus features that can be triggered at any time, keeping players on their toes.

Playtech has partnered up with MGM Interactive to bring us yet another exciting slot. The new game players will be able to enjoy at Playtech-powered casinos is called RoboCop, and it is based on the 1980s classic movie featuring Murphy, a bionic police officer who deals justice on the crime-ridden streets of Detroit.

Playtech rarely disappoints with their new releases, and they weren't about to start with the RoboCop slot. The game comes with symbols featuring characters and items from the original movie, from RoboCop himself, Dick Jones, and Anne Lewis, to police cars, guns, and the golden police shield (scatter).

The slot also features many cut-scenes from the original movie, which largely contribute to the overall gaming experience, especially for those who saw the movie. It is a real stroll down the memory lane, and Playtech guys did an outstanding job finding just the right scenes to accompany different bonus features.

Beyond the Base Game

The RoboCop slot features 25 paylines across five reels, which is fairly standard in the world of slots. However, the game also comes with a plethora of bonus features to keep the excitement levels up and provide plenty of winning chances.

First, there are three random features that can trigger after any spin. These are Shootout Spin, with random wilds added to the reels, Lineup Spin, adding double multipliers up to 5x to paylines, and OCP Bonus, where you'll need to match three of the same symbols for a cash payout.

Additionally, players can also try their luck with the OCP Mega Bonus, which is the same as the standard OCP Bonus, but all wins are multiplied by five.

All in all, RoboCop is an exciting new game, which will certainly attract a lot of attention from the players, especially those who love bonus features, as this game has plenty to offer.