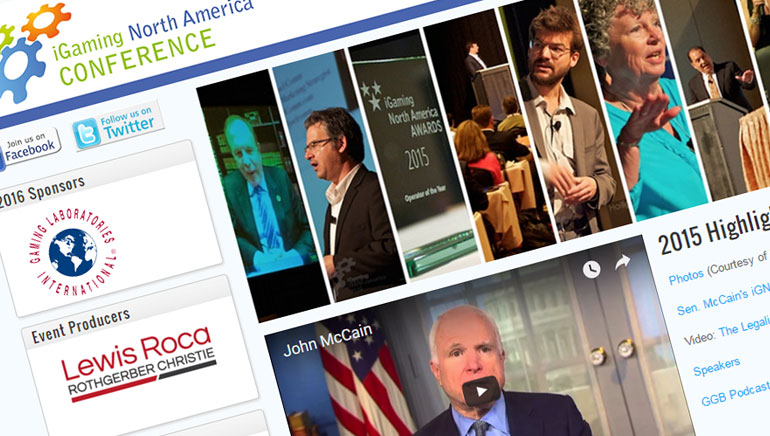 The 2016 edition of the iGaming North American Conference event was a smashing success, in terms of pulling the wool out of everyone´s eyes.

First off, it doesn´t matter what age you are to be included in this prized demographic being targeted by iGaming operators. This ubiquitous group are just not big gamblers per se.

US: What’s Really next?

Optimism going in that New York was close to passing an online poker bill was tempered by . Assemblyman Gary Pretlow´s Skype assertion that while DFS was about 50/50, online poker was 1-in-100 to even get to the floor for a vote, which he later downgraded to 1-in-1,000.

Amaya´s Hollreiser acknowledged the difficulty of the licensing process in New Jersey vs. the rest of Europe, while both Cohen and Hollreiser agreed that the keys to the US market are the acceptance of regulation in Pennsylvania and New York.

The payments panel pointed out that online payment processors are not set up to operate state-by-state, which caused many New Jersey customers a “terrible first experience” when trying to deposit, resulting in widespread departures.

At Day 2´s Visionaries panel, Downtown Grand Hotel and Casino´s Seth Schorr said eSports are a growth market internationally. Schorr added that “Vegas has a unique opportunity to position itself as the destination for eSports,” which has in betting volume to match rugby and F1 in Europe in under a few years.

All agreed that Games for the demographic need to be easily accessible and intuitive, as a “look at me” generation. At the Next Gen panel, Rahul Sood of Unikrn suggested a more social space, saying that physical casino gaming spaces are not accommodating to millennial, such as a case where a group of six who want to play slots or another non-table game together.

On Day 3, in the DFS power session, Joe Asher of William Hill US emphasized that the general public accepts DFS as a skill game which is a form of gambling, just like blackjack and poker, with states dealing the widespread acceptance in different ways. And there was general agreement from panelists that FanDuel and DraftKings are currently “fighting for their life,” mostly due to their refusal to compromise. State-wise, Massachusetts was suggested as the ideal template for all states in handling DFS.

The Future of Engagement

Panelist and Poker Pro Jimmy Fricke emphasized the importance of recreational play and a social relationship between the players and operators so that “the product is more entertaining than the game itself.”