Group of friends get their jackpot share of €66 million after buying a EuroMillions ticket for just €15.

The jackpot for the EuroMillions reached an impressive €130 million when it was hit last month. One of the winning tickets was sold in Carlow, Ireland as a group of friends claimed their share worth €66 million. Known as a lottery syndicate, they purchased their ticket on January 27th and went to claim the prize from the National Lottery offices located in Dublin on February 10th.

How a Lottery Syndicate Works

Although the EuroMillions winners wish to remain anonymous, the fact that they were part a lottery syndicate has become a big story across Ireland.

The concept is very simple and is becoming more and more popular. It is basically a group of people who come together to buy lottery tickets with the agreement that the prize is shared equally. This increases the chances of winning significantly since there are many more tickets and thus more chances at hitting the jackpot. Even with the prize money being shared, it is still life-changing given the tens of millions of euros which can be won from major lotteries.

Statistics show that one in five lotteries is won by a syndicate.

Playing from Anywhere in the World

Playing a lottery is now easier than it ever was. Not only are syndicates allowing people to get in on the action for a smaller cost and a better chance at winning but the growth of the internet has also made everything a lot easier.

Online lottery ticket agents like The Lotter, Play Huge Lottos and Play Euro Millions allow customers from any part of the world to buy their tickets online for each draw. These don’t just have the popular EuroMillions lottery but cover the big events in the US and from other major markets as well. Hundreds of millions of euros in jackpots for tickets that can be purchased in just a few seconds online. 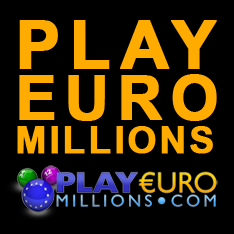 EuroMillions Lottery Jackpot Up To €37 Million

US Mega Millions Lottery Jackpot Rises To An Estimated $150 Million