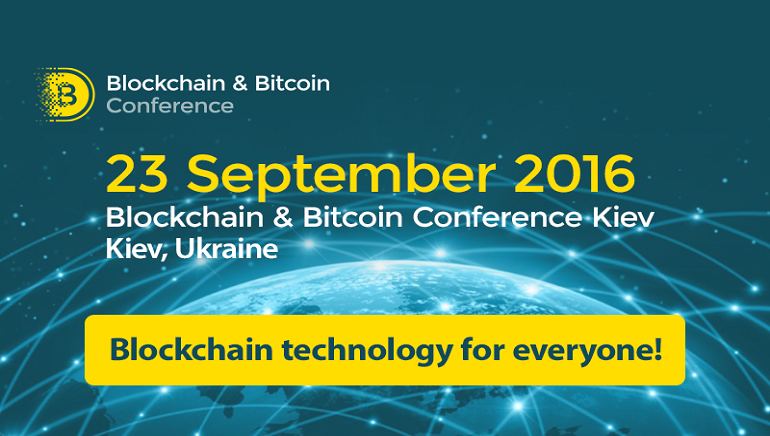 Kiev Blockchain and Bitcoin Conference gathered nearly a thousand guests and participants, exchanging their thoughts and ideas on relevant topics.

On September 23, Kiev hosted a Blockchain & Bitcoin conference, gathering around a thousand guests in total and covering a wide range of relevant bitcoin and blockchain topics. The conference gathered numerous expert speakers and it was divided into three sections, catering to novices, experts, and developers alike.

By splitting the Conference into three different sections, the organizers hoped to create an atmosphere where everyone, regardless of their level of knowledge, would feel comfortable and would have access to the lectures tailored to meet their expectations.

Newcomers were introduced to concepts like cryptocurrency, blockchains, and bitcoin. Maxim Krupyshev, CEO of Cubit, in charge of this section expressed his surprise and delight about the amount of knowledge displayed by newcomers. He explained that most people in the audience have already been familiarized with the topics and had some very interesting and unexpected questions.

The expert section touched upon the issues like legislation, future of bitcoin mining, as well as possibilities of creating digital currencies on a national level. This section included many notable speakers, from the IBM representatives to developers and various startup founders who shared their thoughts and ideas.

The developers spent time doing what they do best, writing and talking code and making adjustments to mining stations. They went through the most often coding mistakes and conducted security tests during the workshop part of the Conference.

Lessons for the Next Conference

According to Michael Chobanian, KUNA bitcoin agency founder, more than 70% of those who were in the audience in Kiev cannot be defined as newcomers, as they already have a very solid knowledge on the topics. Thus, the next conference, taking place in Moscow in November, will do away with the newcomers section, replacing it with another one.

Generally speaking, guests and participants of the Kiev Blockchain and Bitcoin Conference were pleased with what they were presented and with the pleasant atmosphere. A big number of attendees is a great sign and an encouragement for the future efforts.