Know the Rules of the Top 7 Most Popular Online Slots 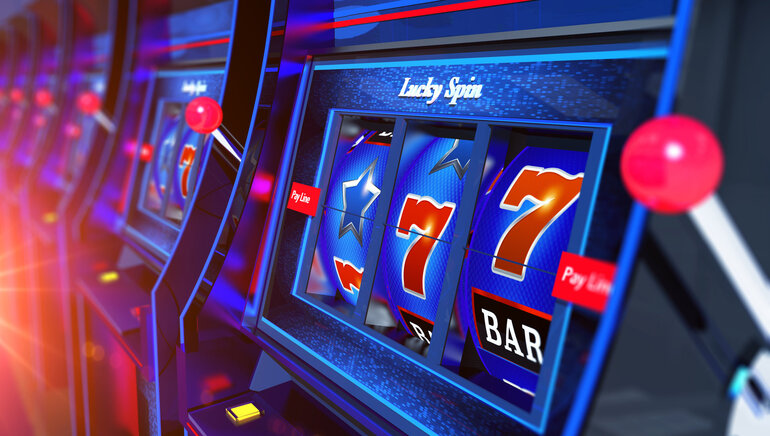 Enter the fascinating realm of online slots and learn the rules, so you can fully enjoy these remarkable seven most popular games belonging to this genre.

Online slots are fun to play because they are simple, depend exclusively on luck, and don’t require any previous experience. If you are new to the genre but want to have fun with the most popular online slots, there are just a few things you need to know. These five basic rules can help you fully enjoy the time spent spinning the reels of some of the most amazing games online casinos have to offer.

The most important thing when spinning the reels of slots is to enjoy every moment spent playing. To accomplish this, you should try several games and stick to the ones that are visually and acoustically satisfying. Leading software developers have amazing games with original themes and mesmerizing sound effects. If you play any of them, your gaming sessions will be satisfying regardless of the outcome of each round.

The main goal is to have fun playing, but you also want to give yourself the best chance to be successful. To accomplish this, it is recommended to find the games that have the highest return to the player. This information is displayed next to the reels and the percentages you should be looking for exceed 93%. Volatility is also important because it determines how often winning combinations are hit.

The biggest possible winnings are offered by slots that carry progressive jackpots. These are usually pooled with many casinos on the same network and the price goes up until somebody hits the winning combination. It can take a while for this to happen and the odds are stacked against individual players, but that’s why progressive jackpot slots have set so many records.

The rule of thumb when playing slots on real money is to exercise solid bankroll management. Set up a budget for gambling and then adjust the stakes accordingly, so they only represent a tiny percentage of the amount you have available. The idea is to mitigate the risks and not run out of money due to excessive spending. Adjust your stakes based on how your bankroll grows or shrinks.

In the paragraphs below we look at the most popular seven online slots, some that you simply can’t go wrong with. However, it is advisable to try all the games you consider playing in the demo version before betting for real. All the leading casinos allow players to try slots for free and provide virtual currency. Use the opportunity to learn more about the game mechanics, features, and other important details.

Most Recommended Casinos for Online Slots

There’s an exceptional variety of slots at online casinos and they’re supplied by top developers. It’s worth considering most of them, but if you don’t want to take any chances, these 7 must be at the top of the list:

One of the classic slots released by NetEnt, this game has been around for more than a decade. It has a 5×3 matrix with 9 pay lines and maximum winnings of more than 10,000 times the investment. Punters can bet as little as $.10 or a maximum of $20, so there’s a lot of leeway for beginners and veteran punters. The theme is inspired by the Wild West and the symbols populating the reels quickly get players immersed into the atmosphere. The biggest winnings during the standard game are produced by the sheriff’s badge, while the scatter symbols can produce winnings of up to 2500 times the bet. The “Wanted” poster is the wild symbol in Dead or Alive and during free spins wild symbol becomes sticky.

Inspired by the iconic slots released in 2013, Starburst XXXtream brilliantly captures the very essence of the original slot. The classic theme has survived, but it looks much better due to the advances of technology and the game grid now has nine fixed pay lines. Betting limits are just as reasonable, with players being allowed to bet a minimum of $.10 or as much as $50. You can choose one of the two XXXtreme Spins betting options, offering one guaranteed Starburst Wild equal to 10 times the stakes or the 95x the bet for two guaranteed Starburst Wilds per spin. The game has an RTP of more than 96% and multipliers capable of increasing the winnings as much as 150 times.

NetEnt has plenty of games inspired by Hollywood blockbusters and TV series, but few come even close to Knight Rider. The slot pays tribute to the 80s series featuring David Hasselhoff and brings into the spotlight iconic images and an amazing soundtrack. The game has 5 reels and 26 pay lines, with high volatility, which means that winnings are produced with a lower frequency but are rather high. You can bet a minimum of $.20 or as much as $40 per spin and the game has an average return to the player of 96.07%. Wild symbols can replace any other signs on the reels and can multiply winnings, up to four times the base value. The slot also has free spins and a laser Wilds feature, which are moving multipliers.

This is one of the newer releases from NetEnt, a slot unveiled in late 2021 but already an immensely popular game. It has an average return to player of 96.10% and high volatility, which makes it better suited for veteran punters. The game has a maximum potential winning of 45,000 times the bet, so the high variance is justified. Just as the name suggests, it celebrates the majestic silverback, in a game matrix that has 5 reels and 4 rows. There are a total of 1024 pay lines and an average hit frequency of roughly 36%, with wild symbols multiplying winnings. The Silverback attack feature is randomly activated to boost winnings, while three scatter symbols are needed to kick-start the bonus game.

Microgaming’s flagship progressive jackpot game, Mega Moolah has produced the biggest winners over the years. This high-profile slot has four different jackpots, with players having a shot at winning any of them depending on the stakes. The theme is also original, as players are invited to explore the African plains in what feels like a fun safari. The game was released many years ago and it continues to fascinate players with its 5 reels, three rows, and 25 pay lines. 88.12% is not the kind of random number generator to shout for, but at least the game has low volatility. Excepting the jackpot, the game has a maximum potential to win of 1800 times the bet and punters can bet as little as one cent or as much as $6.25.

Major Millions is the second most popular slot with a progressive jackpot produced by Microgaming. It is widely regarded as a classic game, with five reels and three rows, for a total of 15 pay lines. Since 2009 when it was released, it has made many millionaires, while also providing steady winnings with its standard gameplay. Wild symbols are responsible for substituting all the other signs except for the scatter to produce winning combinations and triple the winnings. The icons are in accord with the military theme, while the Major Millions Game Logo acts as the wild symbol. You need to have at least five wild symbols on the 15th pay line to trigger the jackpot in this low volatile slot with an 89.41% RTP.

PragmaticPlay has one game on our list of the top seven most popular online slots. Rock Vegas has a standard structure with 20 pay lines and 5x3 reels, with a higher than average return to the player of 96.64%. This slot is highly volatile, so winning combinations are triggered less often but are above the average. You can win a maximum of 10,000 times the bet, while during the Mega Hold & Spin feature multi-players can go up to 500x. Three scatter symbols are needed to trigger this feature and this will take players to a special mini-game with a 10x10 reels structure and Mystery Multipliers. The minimum bet is $.20 and the maximum $100, so both casual players and high rollers will love this slot.