A beacon of adaptation has been spotted in Macau that gives new hope for a way forward.

In news that will bring a collective sigh of relief for Macau, Hong Kong's SJM Holdings Limited has announced plans to move 1000 employees from its mainstay Casino Grand Lisboa holding to work in the updated Grand Lisboa Palace facility.

The new facility is now almost entirely complete and on track to open for business during the second half of the year, which is actually barely two months away.

SJM Holdings is a force within the China protectorate, operating a range of 20 gambling-friendly venues spread across Macau. Work began on the 2,000-room Grand Lisboa Palace in February of 2014 as a venue designed to compete with rival properties of the time such as Melco Resorts' $3.2 billion Studio City Macau.

The idea for Grand Lisboa Palace was spawned as part of a larger $5 billion development featuring three branded five star hotels under Palazzo Versace and Karl Lagerfeld, hosting a 290,000 sq ft casino and a range of shops and restaurants.

SJM Holdings Limited claims that the move to relocate the workers will serve to reduce costs at the 13-year-old Casino Grand Lisboa, which will continue to operate with 1000 less workers on the payroll.

SJM also placed total expenditure on the Cotai Strip project so far at just over $4.2 billion, with no more expenditures necessary until opening.

As for Macau slowdowns caused by the Coronavirus, SJM Holdings Limited has requested bank waivers on its financial covenants for up to six quarters, but has announced no plans “on cutting any local staff or reducing compensation at this point” while remaining “very optimistic” that Macau can “get back to its prior levels.”

With the new facility reportedly having enough space to accommodate social distancing requirements, it is refreshing to see an effective adaptation by a major player in the Macau gaming landscape. 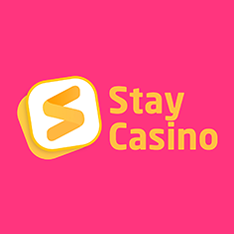