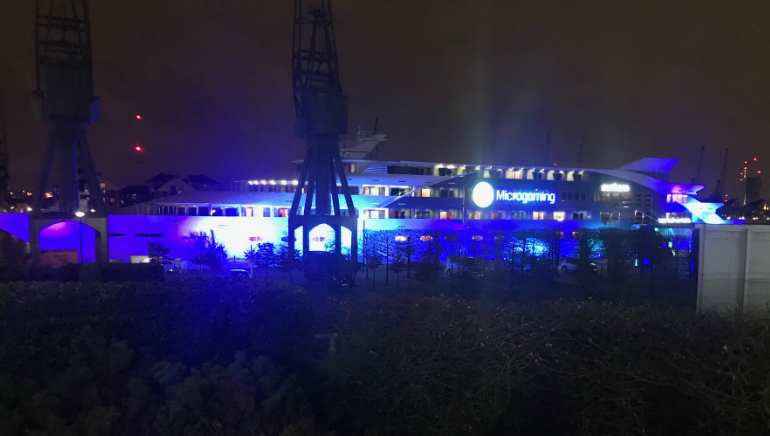 Microgaming, one of the leading casino software and game developers, made quite a few interesting announcements and revelations during ICE Totally Gaming 2018, hinting at some of their future plans and revealing new and exciting gaming titles gaming operators and players can look forward to in the near future.

One of the biggest Microgaming's announcements at this year's ICE in London had to do with their plans to create partnerships with external development studios. The first such partnership was revealed during the first day of ICE 2018 with the newly-founded company Triple Edge Studios. The first game to come out as a result of this partnership will be a branded Playboy Gold slot.

Microgaming representatives at ICE made it clear that this was just the beginning of their plans to branch out through partnerships with a number of external studios. These studios will work exclusively for the Isle of Man-based company and will help the industry giant boost and further diversify their library of games available to operators across Microgaming and Quickfire platforms.

Apart from their expansion plans, the company took the opportunity to present their new slots at ICE 2018. Days 2 and 3 of the conference saw Microgaming unveil two new titles, which should be arriving to virtual shelves of online casinos across the globe shortly.

The first slot the visitors had a chance to see is named Fortinium. The game features a steampunk theme, rich visuals, and a number of exciting features such as Mystery Reels, Win Booster, and Stacked Mystery Symbols. Offering exciting graphics and heaps of features, Fortinium has been developed to provide a premium mobile gaming experience, giving players across all sorts of devices a chance to enjoy everything this new game has to offer.

Cash of Kingdoms is the second Microgaming slot unveiled during this year's ICE. With 15 paylines and a fantasy theme, the slot brings to life characters you'd expect to find in an RPG game: there are kings, mages, rogues, and archers populating the reels. Apart from an interesting theme and high-quality graphics, Cash of Kingdoms will also introduce a new technology called Invading Wilds, which should provide for nonstop action and some big wins along the way.