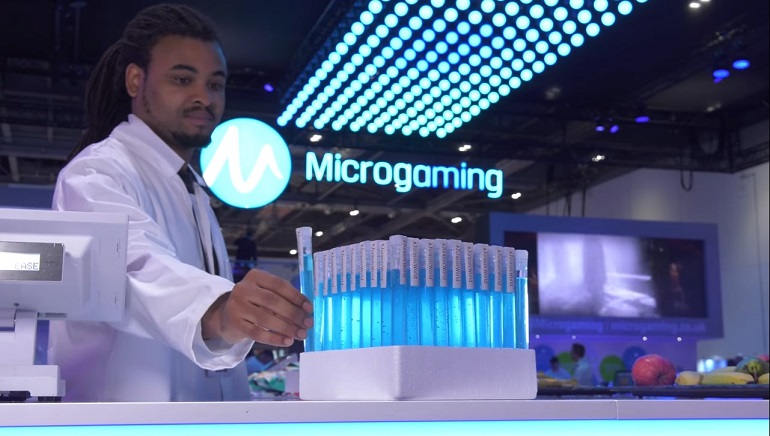 After revealing Jurassic World and two other new slots, Microgaming stole the show at the ICE 2017 exhibition.

ICE Totally Gaming 2017 was a resounding success last week, and not least for Microgaming. At the three-day conference, the iGaming software giant made a number of major announcements that left competing developers scrambling to steal back the spotlight.

Microgaming’s Jurassic Park slot has been on the market for a couple of years now, but players have been wondering whether or not there would be sequel after the Jurassic World film was released in 2015.

Phantom of the Opera Slot

Microgaming has displayed a strong ambition for securing Hollywood licences from which to develop branded slot content. Jurassic World was already a coup for the software provider, but ICE 2017 bore yet more good news when it emerged that a Phantom of the Opera slot is in the works.

This particular slot has been licensed on the 2004 film that was directed by Joel Schumacher and starred Gerard Butler in the lead role. More than 140 million people worldwide have witnessed the musical spectacle, which will next be enjoyed by slot fans when it is released at Microgaming casinos in Q3 2017.

Microgaming’s third major announcement of the conference was that Castle Builder II will be released at participating casinos in Q2 2017. Castle Builder came first from Microgaming subsidiary studio Rabcat, and even won an EGR award in 2013.

In the sequel, players will encounter the same fun elements as the original, which integrated social functions and challenged players to build their own castles. Castle Builder II will go much greater in scale, with 15 kingdoms, 75 castles, and more than 300 characters all waiting to be explored.