Microgaming's VR Roulette: A Glimpse Into the Future 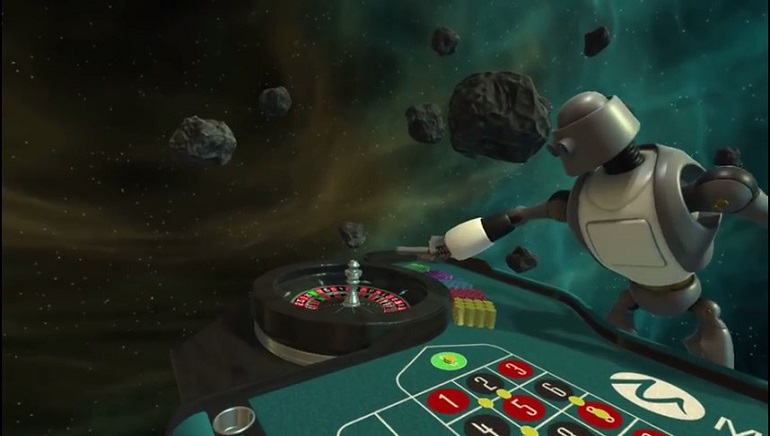 The game of roulette has changed very little since it was invented centuries ago, but software developers found a way to keep it fresh. Microgaming has created plenty of roulette versions that can be enjoyed at their online casinos and recently unveiled the first serious VR Roulette game. Through augmented reality and wearable tech, this game is expected to start a revolution and completely changed the way roulette fans play their favorite game.

The new game uses the latest technologies and will breathe fresh life into a genre that is already immensely popular among those who appreciate table games. The VR Roulette was unveiled at the ICE Totally Gaming 2016 conference and it swept the audience off its feet with fancy graphics and a totally immersive experience. It will probably take quite a while, but over time as the technology gets more prevalent, the online casinos that are part of the Microgaming network will start introducing this game, opening a new chapter in the Internet roulette saga.

Oculus Technology Put to Good Use

Virtual reality is no longer a thing of the future and appeals to videogame developers as well as those crafting online casino games. Oculus technology is widely regarded as the best out there, so it comes as no surprise that Microgaming decided to use it in its brand-new VR Roulette game. It uses the Oculus Rift DK 2 headset with Leap Motion 3D Controller to track the movements made by the players’ hands and project them into a virtual 3-D world.

Microgaming is famous for knowing how to leave a long lasting impression when unveiling a new title and the VR Roulette game was no exception. The audience at the ICE Totally Gaming 2016 confernece discovered the prototype in a futuristic CRYO lab and took a virtual voyage to outer space. This is just the first step and the software developer plans to become a pioneer in this niche, by bringing virtual reality to more of its games. It's probable to assume that other developers in the competitive market will follow suit.