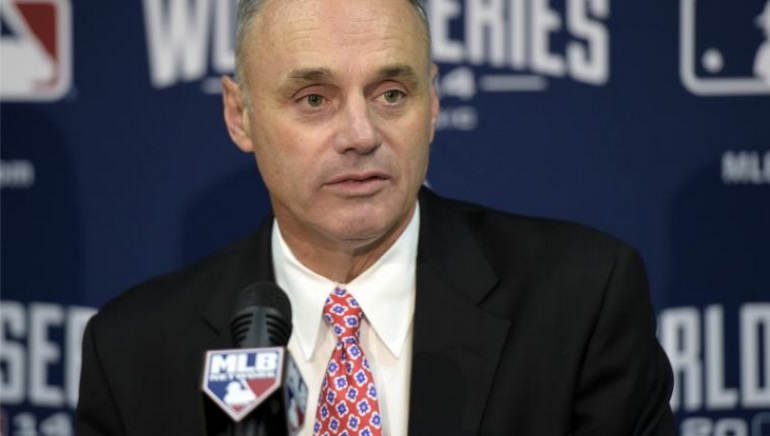 After NBA commissioner Adam Silver openly called for its regulation last November, the plight for sports betting legalization in the US has gotten additional weighty support in the image of MLB commissioner Rob Manfred.

Back in November, NBA commissioner Adam Silver published a New York Times op-ed calling for legalization and regulation of sports betting. Silver has been trying to rally his fellow commissioners from the MLB, NFL and NHL and it seems that a least for some part, his labor is starting to bear fruit.

MLB commissioner Rob Manfred gave the credit to Adam Silver for igniting the discussion, saying: "Without embracing everything he said, certainly the idea of having a federal system to govern gambling -- whatever that system is -- uniformity at a federal level seems like a pretty good idea to me".

Furthermore, during a talk with ESPN's "Outside the Lines", Manfred said: "Gambling in terms of our society has changed its presence on legalization. I think it’s important for there to be a conversation between me and the owners about what our institutional position will be".

Manfred's remarks are very substantial in the sense that the MLB has been one of the staunchest opponents of sports betting legalization, as the league's history includes some gambling related scandals like the Black Sox Scandal of the 1919 World Series.

While Manfred certainly doesn't look as passionate as Silver is on the issue, his openness could advance the much-needed discussion on the perks of sports betting regulation in the US. As Adam Silver claimed, no regulation of sports betting means millions lost in potential revenues for the state. The American Gaming Association (AGA) estimated that Americans have made about $3.8 billion in illegal bets on last month's Super Bowl.

If other big players in the major professional sports leagues join Adam Silver and Rob Manfred's positive approach, legalized sports betting could become an up and coming reality.