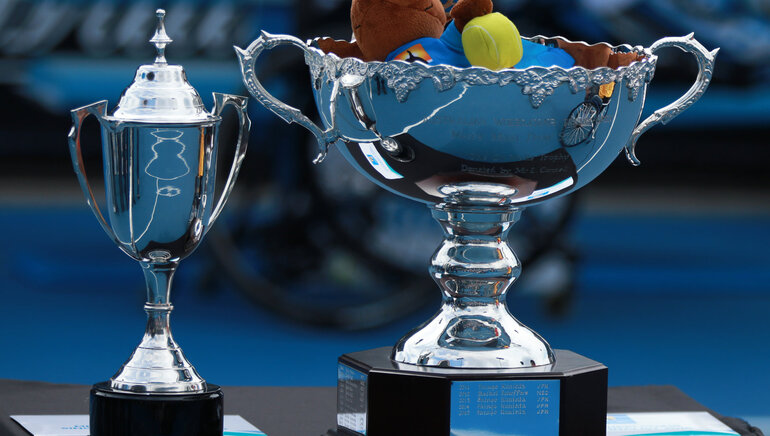 In search of his record-breaking 21st Grand Slam, Rafael Nadal has made the Australian Open Quarterfinals.

There is a three-way tie for the top spot in the ATP, Roger Federer, Novak Djokovic, and Rafael Nadal. They are each at the top of the ATP with 20 grand slam wins apiece, but Nadal has a chance to take the lead with 21, and he made it one step closer to doing so at this years' Australian Open.

We explained last week that Djokovic could not compete in the competition after the Aussie government revoked his visa, leaving the record open for Nadal to take hold.

The Spaniard was incredible in the first and second rounds. In the third round, he lost a set to Russian Karen Khachanov (ranked 28) but quickly bounced back to win the fourth set 6-1. In the fourth round, Nadal was tested in the first set by French player Adrian Mannarino (ranked 69) but ultimately won a lengthy tiebreaker (16-14). But that was all that Mannarino had in his arsenal, and he lost the following two sets (6-2, 6-2), giving Nadal a berth into the Australian Open Quarterfinals.

Nadal must face surprise qualifier, Israeli-born, Canadian-grown Denis Shapovalov, ranked 14th in the ATP and surprised No. 3 ranked German player Alexander Zverev in straight sets. Shapovalov is a 22-year-old making a lot of noise, but this is the farthest he has ever reached in the Australian Open.

Nadal has beaten Shapovalov in 3 out of the four matches between them, but they have always been competitive.

This is an excellent chance for Nadal to make the semifinals and go on to try and break the all-time win record, but Shapovalov stands in his way for the time being.

There is a lot on the line for Nadal in this years' tournament. He stands to break the all-time grand slam win record, but that is a lot of pressure. Good thing Nadal works very well under pressure. The odds of Nadal winning the entire Australian Open at bet365 Sports is 3.00. Shapovalov sits at 24.00 for the outright tournament win for his quarterfinal opponent.

The odds in this article at the bookmaker mentioned above were accurate when writing on January 23 at 7:15 GMT.