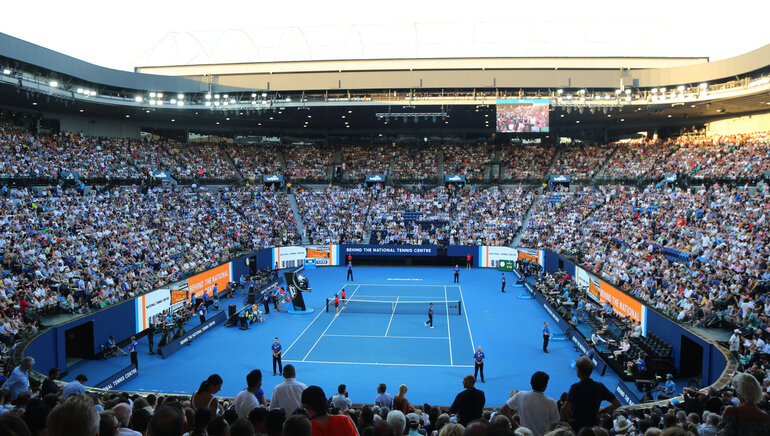 Rafael Nadal won a very tough quarterfinals against a hungry and heavy-hitting Denis Shapovalov after a lengthy five sets - 6-3, 6-4, 4-6, 3-6, 6-3. The young Israeli-born Canadian, Shapovalov had an incredible 20-aces in his serve and only 5 double faults. Nadal had 10-aces and 11 double faults, but it was the experience and determination that prevailed in this one.

Now, for the semifinals, Nadal will face the winner of the quarterfinal match between French Gaël Monfils and Matteo Berrettini, today at 9:30 GMT. Odds at bet365 Sports favor the Italian at 1.57, while the Frenchman sits at 2.37.

On the other side of the Quarterfinals, the match between Italian Jannik Sinner (1.66) vs. Greek Stefanos Tsitsipas (2.20) will kick-off tomorrow at 4:00 GMT. The other quarterfinal between Canadian Felix Auger Aliassime (5.50) vs. Russian Daniil Medvedev (1.14) will run tomorrow at 8:30.

He still has at least two matches to go before hoisting the trophy over his head and taking the status of GOAT, but he is sure on the right path to do so. After Djokovics' visa was revoked prior to the competition, Nadal had the best shot of making it to the Finals.

The path with be difficult as both Sinner and Tsitsipas are playing good tennis.

Against Sinner, Nadal is a perfect 3-0. Against the Greek, Nadal has won 7-times, while Tsitsipas has won twice, including at last years' Australia Open in the quarterfinals.

At bet365 Sports, Nadal is still not the favorite. In fact, he is listed at 3.50 for the outright win. Medvedev is still the favorite at 1.83, but with so much on the line for the Spaniard he is my personal favorite to win the tournament.

Don't miss out on any of the action at this year's Australian Open, with live in-play betting available at bet365 Sports.

The odds in this article at the bookmaker mentioned above were accurate at the time of writing, January 25 at 9:30 GMT.