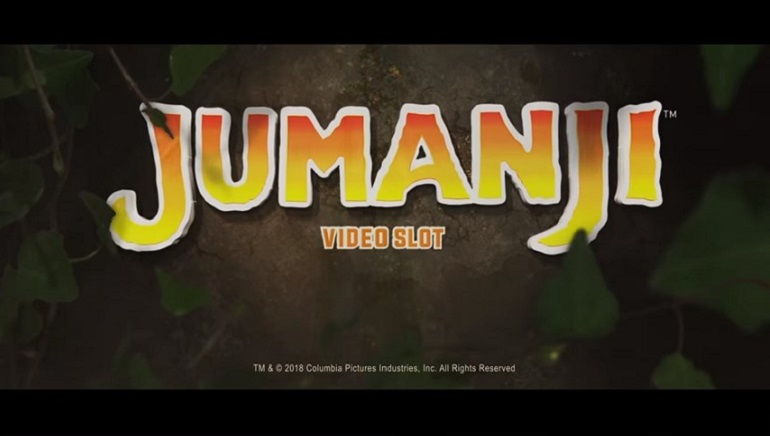 Read the early details on the forthcoming Jumanji slot that will debut at NetEnt casinos later in 2018.

Alien, Dracula, and Frankenstein are just a few examples of the A-list Hollywood movies that NetEnt slots are based on. NetEnt has previously shown an affinity for creating branded horror slots, but now the Swedish software provider is developing a very different experience in the shape of Jumanji: Welcome to the Jungle.

Jumanji: Welcome to the Jungle is a 2017 sequel to the 1995 original, which starred Robin Williams. For the sequel, the producers have managed to tab the services or Dwayne “The Rock” Johnson and Kevin Hart. Add in a multimillion-dollar budget and this enabled the Jumanji franchise to see box office success once again.

In a press release announcing the agreement, NetEnt revealed that Sony Pictures earned more than $676 million from worldwide box office earnings. So, it would seem that NetEnt has secured the rights to what could be another profitable Hollywood franchise for making movie slots.

NetEnt has a proven track record of securing rights to entertainment franchises. The Planet of the Apes was another recent success, but NetEnt has also proven capable of striking deals with recording artists and their estates. Guns N’ Roses, Jimi Hendrix, and Motörhead have all been given the NetEnt treatment in being reimagined as video slots.

At this point, is difficult to know exactly what NetEnt plans to do with Jumanji in a slot environment. For instance, Planet of the Apes essentially displayed two slot interfaces in one game. This would suggest that NetEnt could be willing to break new ground with the features found in Jumanji.

In the past, NetEnt has been quite ambitious in the inclusion of special features, especially in regard to bonus games. Considering the magical jungle setting of Jumanji, there is every chance that mini games are included that are designed based on scenes from the movie. However, players will need to wait until February 2018 to learn more details.