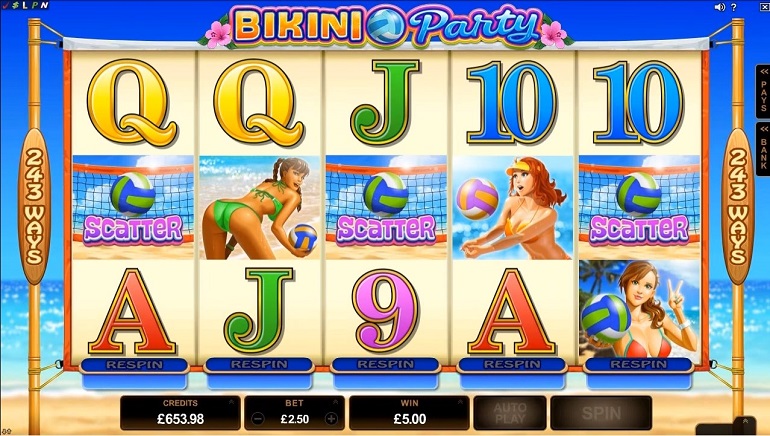 Microgaming is set to release two new slots at the beginning of this month: Dragon Dance and Bikini Party hit online casinos on 3rd February.

Due to go live on 3rd February 2016, Dragon Dance and Bikini Party each feature bonuses including free spins rounds, a respins option and the 243 Ways to Win layout that only requires symbols to land on adjacent reels to reward players with a cash prize.

Both slots will be available to play on the download, Flash and mobile versions of online casinos such as bet365, All Slots Casino and Casino Adrenaline.

Dragon Dance is being launched to coincide with the Chinese New Year on 8th February. It carries images of traditional Chinese celebrations, with lion costumes, drummers and dragons being prominently featured, with a red and gold colour scheme to give it a rich appearance .

A respins option lets players pay a little extra to spin selected reels as often as they want to help line up the right symbols, while three or more Scatters trigger 15 Festive free spins, during which the background changes to a night-time scene and all wins are tripled in value.

In total contrast, Bikini Party is set on a sun soaked beach populated by various scantily clad beach Volleyball players. Anyone spinning the reels of this cheerful game can scoop prizes of up to 60,000 credits during the respins feature, which carries high risk but the potential of big rewards. The Scatter symbol can start off a free spins round that can be retriggered over and over, so the rewards for playing could really stack up.

Commenting on the up coming. launches, Niell White, Microgamings Head of Product Channels said ''Our February game addon shows our commitment to deliver dual-release games, enabling players to be entertained wherever they decide to play and on whichever device they choose."