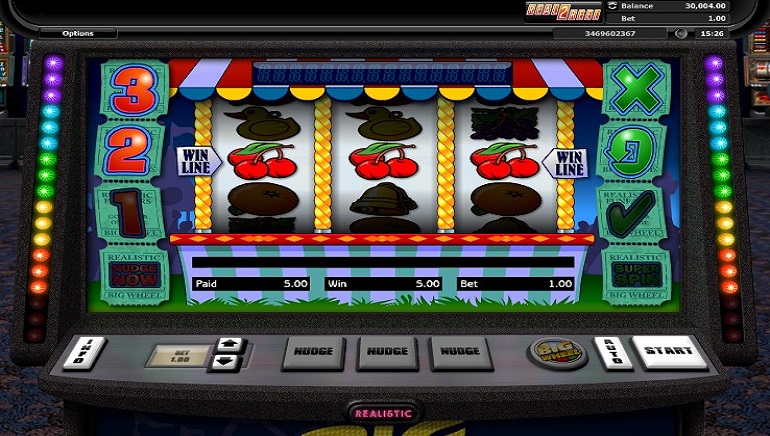 A colourful new slot game has just emerged in time for the holiday season. This December, casino players can play the Big Wheel slot that has just been unveiled by software provider Realistic Games. Big Wheel will further expand a library of casino games that won this software studio and EGR award for best mobile supplier in 2016.

With Big Wheel, Realistic Games has adopted a retro approach to the visual design. And the same goes for the actual interface, which boasts three reels and uses a single payline for simplicity. Typically, a single payline structure makes slot games more affordable to play.

This retro slot also has special features that can be triggered for added benefits. One of the standout features stems from the Big Wheel symbol, which can help players out when it lands in the middle reel of the payline. If the symbol lands above or below that position then players will still have a 50-50 chance of enter the special feature.

There is also the potential to get a Crazy Reel Bonus, which will kick in randomly if players fail to win on a spin. However, the crowning feature is arguably the Repeat Chance feature that will offer a second chance to win the jackpot and snag a jackpot that will multiply the base stake by up to 300 times.

Realistic Games is rising in prominence from its UK-based headquarters. The studio has created other three-reel slots such as High Rise, Hot Cross Bunnies, and Over the Rainbow. Realistic Games also makes blackjack and roulette, but has more five-reel slots to offer. The more recognisable titles include It Came from the Moon and Go Wild on Safari.

Big Wheel is available now and players can expect to find it at Realistic Games-powered casinos the likes of Bet Victor Casino, Ladbrokes Casino, Vera and John Casino and more.