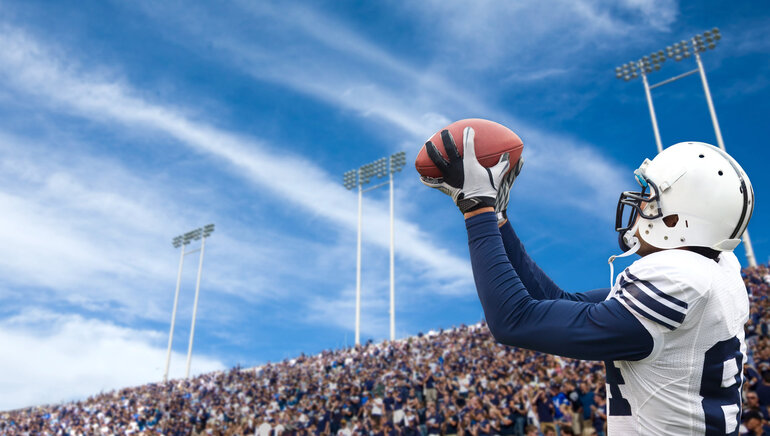 The NFL Divisional games kick-off this weekend on Saturday at 21:30 GMT and continue Sunday and Monday.

After a relatively upset-free wild-card round (sorry, Cowboys — I said relatively), the NFL's elite eight will gather this weekend for the divisional playoffs, and we have some big matches to look forward to here. The No. 1 seeds in both conferences will play Saturday; the reigning champs will try to keep their winning ways going Sunday afternoon, and the tournament will come to a close later that evening with one of the best divisional-round matchups ever.

AFC No. 1 Tennessee vs. No. 4 Cincinnati

Why the Titans are the favorites: After a first-round bye, Tennessee's ball-control offense will return to play against Cincinnati, with running back Derrick Henry likely to return from his late-October injury. While we are normally skeptics of the worth of marquee ball carriers, the Titans' offense averaged 28.4 points per game in Henry's eight games, but only 21.3 points per game the remainder of the season. Henry, D'Onta Foreman, and the rest of Tennessee's rushing offense will most likely put Cincinnati's middle-of-the-road run defense, which ranks 14th in schedule-adjusted expected points added (EPA) per game, to the test.

Why the Bengals have a chance to win: Cincinnati is only one ranking slot behind Tennessee in both Elo and EPA after needing a late-game goal-line interception to beat the statistically overmatched Las Vegas Raiders. On paper, the Titans are one of the poorest No. 1 seeds in modern playoff history, with the second-lowest point difference of any top seed since 1990.

Why the Packers are favorites: Green Bay has an advantage over San Francisco, and that's when both teams are at full strength (i.e., if 49ers QB Jimmy Garoppolo isn't limited by shoulder and thumb injuries). The Niners will struggle to close the deficit if they can't stop Green Bay quarterback Aaron Rodgers, who had 20 touchdowns, zero interceptions, 275.6 yards per game, a passer rating of 124.4, and a league-high 77.3 Total QBR over the final seven games of the regular season.

Why the 49ers have a chance to win: The Packers, like their AFC competitors, are a No. 1 seed with less outstanding underlying stats than they appear. Green Bay won three more games than their point differential predicted, giving them the league's widest discrepancy between actual and expected records this season. (Green Bay should have gone 10-7 like San Francisco based on score margin.) And, as much as Elo admires the Packers for amassing an NFL-best 39 regular-season victories in the last three years, they are behind San Francisco in other predictive power rankings.

The Buccaneers are favored because The defending Super Bowl champions have now won eight of their last nine games, with an average margin of victory of +11.9 points per game. (It would have been more if Philly hadn't scored two meaningless garbage-time touchdowns in the fourth quarter on Sunday.) In most power-rating systems, the Buccaneers enjoy a tiny but significant advantage over the Rams, as well as the superior starting quarterback, with Tom Brady owning a 70-point advantage over Matthew Stafford in our rolling QB Elo statistic. In moreover a decade, Brady hasn't lost a divisional-round game.

Why the Rams can pull off the upset: There are a few variables to keep an eye on that might tip the game in the Rams' favor. The sheer amount of space the Rams receivers got was one of the major aspects in their 34-24 triumph against the Bucs in Week 3 — may be most clearly on the 75-yard bomb, Stafford fired to DeSean Jackson right after halftime to give L.A. a two-touchdown lead.

The Chiefs are favored because of the following reasons: Kansas City enjoys an advantage over Buffalo in the ratings, similar to the Packers' ranking in Elo, in part because it has been on top for longer. Kansas City has either won the AFC title (at Buffalo's expense last year) or been within an overtime heartbreaker of doing so in every season of Patrick Mahomes' career as a starter (thus, going back to 2018). Josh Allen and the Bills, on the other hand, have a lesser track record of success. And, as the Chiefs demonstrated from the second quarter on Sunday night, they are the rare team with enough offensive firepower to keep up with Buffalo in a scoring race.

Why the Bills have a chance to win: According to just about any rating you can find that focuses just on the 2021 season, the Bills have soared to become the clear-cut top remaining club in the playoffs. While Buffalo's offense may trail Kansas City's marginally — EPA ranks the Chiefs second (behind the Bucs) and the Bills fourth (behind the Packers), respectively - the Bills' defense has been far superior to Kansas City's, even after the Chiefs' midseason defensive turnaround.

The Chiefs are favored to win this game but it will be close. bet365 Sports agrees and has the Chiefs at 1.76, while the Bills are close behind at 2.10.