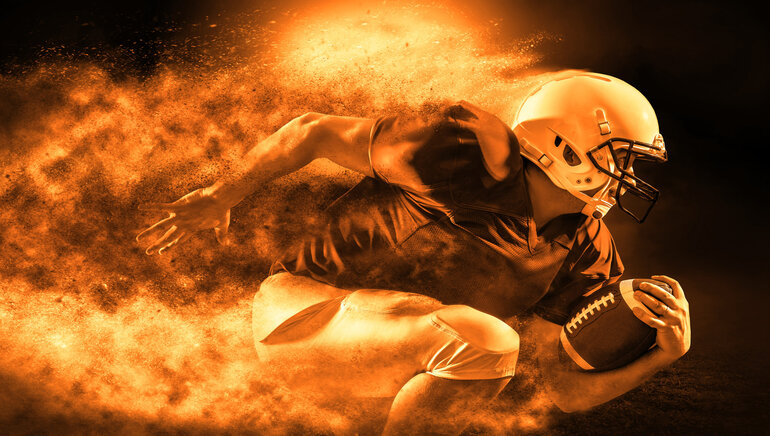 It's another big Sunday in the NFL as teams seeking a playoff berth with action beginning at 18:00 GMT.

The Week 12 schedule is stacked with great matchups, and we've got you covered with what you need to know heading into today's games. Let's get into the highlights, including a huge AFC matchup between the Patriots and the Titans, a Tom Brady vs. Jonathan Taylor showdown, a potentially high-scoring battle between the Rams and Packers, and more.

Will the Colts' defense be able to slow Tom Brady down like they did last week against the Bills? The Colts were very effective last week in keeping Josh Allen in the pocket and limited his ability to be a dual-threat QB. Brady is a different story and to take home out of his comfort zone is a tall task. Brady leads the NFL in passing yards per game (317.7) and passing touchdowns (29) for the 2021 season. His offensive line has only allowed an average of 2 sacks per game. The Colts' defensive coordinator Matt Eberflus commented, "You're not fooling Tom Brady. That's not going to happen."

Outright Game Odds - At bet365 Sports, the Bucs are in the driver's seat, and for a good reason. They are once again the leaders in the NFC South, while the Colts are currently in the second spot in the AFC South. The Bucs are listed pre-game at 1.57, while the Colts come in at 2.55.

The Patriots will host the Titans for this huge AFC showdown with the Titans. This will be Round 3 in the battle between Mike Vrabel vs. Bill Belichick and Belichick is looking to win his first game against the Vrabel-led Titans. If you recall, it was two seasons ago where Vrabel stood on the sidelines with time ticking off the clock in the AFC Wildcard matchup only to win the game by a single point. Back in 2018, Vrabel beat Belichick 34-10 so it is due time for revenge.

The Titans are coming off a loss wherein they had 5 turnovers. New England's defense leads the NFL in interceptions this season with 18 and has forced another 13 turnovers in their current five-game win streak. Since trailing the Browns in the first quarter of Week 10, the Patriots have outscored the competition 70-0. On defense, the Patriots have not allowed a single point in their opponents' drives with 5 interceptions, 9 sacks, and have held the opposition to just 3-out-of-21 on third-down conversions.

The Green Bay Packers (8-3) host the Los Angeles Rams (7-3) today. The Packers have been unstoppable after a loss under Matt LaFleur (lost to the Vikings in Week 11 - 34-31), but, they haven't played a team like the Rams after a loss.

There are quite a few intangibles that put the Rams in the win zone for this game, which is actually the reason they are the road favorites.

The Rams are loaded, they’ve got one of the best elite quarterbacks in the league, an all-star receiver, and a solid overall offense. On defense, they have two all-decade defenders to rush Aaron Rodgers, and, an incredible cornerback that will give the Packers' receivers a lot of trouble.

The Packers haven't had a bye week yet, playing their 12th game in a row, while the Rams are coming off a perfectly times bye. Adding even more difficulty, the Packers could be without nine starters, while LA is without two. Aaron Rodgers did not practice once this entire week, while Rams' QB Matthew Stafford is healthy.

Outright Game Odds - Even though the Packers lead the NFC North and are playing well, still, the Rams have the advantage at bet365 Sports for the outright win. The Rams are listed at 1.76, while the Packers are at 2.10.

The Vikings have turned their season around after two huge wins. At 5-5, the Vikings are in a major quest for a final spot in the NFC playoff picture following their wins over the Los Angeles Chargers and the Green Bay Packers last week.

Lest we forget that the Vikings were in this exact same situation last year. They started the 2020/21 season at 1-5, but they came back to .500 with a 6-6 record before getting demolished by the Buccaneers, which developed into losing their next three games and an early ticket to the golf course.

They will need every win they can get starting with the 49ers but must face the Pittsburgh Steelers, Los Angeles Rams, and the Packers in the coming weeks.

The 49ers are at 5-5, just like Minnesota, and are in 3rd place in a very tough NFC West. The 49er's defense will need to stop Kirk Cousins' offense early as the Vikes have been able to get points on the board, fast.

Outright Game Odds - This game is one wherein the underdog could be the best bet. The Vikings are the underdog with 888Sport posting against them at 2.45. The 49ers are in the drivers' seat at 1.571.

All of the odds in this article were accurate at the time of writing on November 28 at 8:00 GMT.