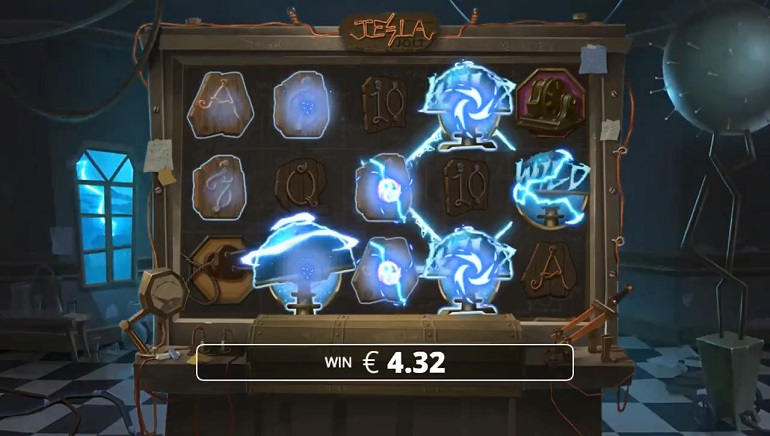 Nolimit City has announced the international release of another slot, inspired by the achievements of Nikola Tesla. The new game goes by the name of Tesla Jolt and has a modern structure with 5 x 3 reels and a total of 20 bet lines. Players are invited to take a virtual voyage inside the Tesla Laboratory and take a glance at some of his inventions that changed the world.

There is more than meets the eye about Nolimit City’s Tesla Jolt and behind the unique theme and great graphics there are wild and scatter symbols. The Tesla Spins feature does exactly what the name indicates and players who unlock it can generate a high number of free spins. Wild symbols enhance winnings and free spins can be re-triggered, so players can expect a virtually unlimited number of bonus rounds.

The latest slot from Nolimit City was developed in HTML 5, which means that it runs smoothly on Android and iOS mobile platforms. Players can expect the same fine visuals as on PC and they can enjoy the game in portrait and landscape modes on smartphones and tablets. The graphics and animations are in line with the high expectations of 2018, a year that will see the release of more Nolimit City games.

Tesla Jolt has low volatility and allows players to bet as little as $.20 or as much as $100, with more than a dozen coin values to choose from. It has an average return to player of 96.61% and it is the eighth game produced by the software developer who announced a solid roadmap of slots in 2018. For the time being, players can enjoy the game celebrating the achievements of Nikola Tesla at Nolimit City casinos right now.