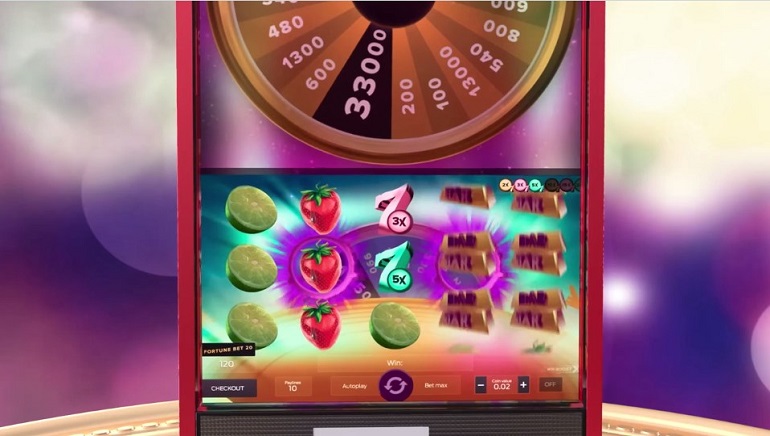 OMI Gaming's Lucky For You slot represents a synergy of classic and modern casino games, offering players a chance to actually increase their winning chances.

OMI Gaming has started the new year on the right foot, releasing a brand new omni-channel video slot Lucky For You. Featuring high-quality graphics coupled with exciting and engaging gameplay, the slot has found tremendous success with the players following its recent release.

One thing that sets Lucky For You apart from most video slots is the skill element. Instead of having players entirely rely on luck, OMI Gaming developers created a game where players' choices actually matter.

The slot has two main features, "Fortune Game 20" and "Fortune Game 100." These are supermeter modes featuring expanding wilds with random multipliers ranging anywhere from 2x to 25x. There is also a re-spin feature, as well as double symbols allowing for 10 of a kind combos, and two Lucky Wheels.

The skill element comes into play when choosing the levels, as correct choices can lead to a higher RTP (Return To Player).

Synergy of Modern and Classic

While modern in design and gameplay, OMI Gaming's Lucky For You maintains some classic elements, most evident in the number of paylines. The game features 10 paylines and pays left to right and right to left, creating a familiar gaming surrounding somewhat reminiscent of the popular Starburst slot.

The Lucky Wheels feature is triggered when two Lucky For You symbols land in the so-called "hot zones." During Lucky Wheels spins, players can win up to 16,500 or 33,000 coins, depending on the game mode (Fortune 20 or Fortune 100). The bonus feature comes with six spins, and every spin is a guaranteed winner.

Other symbols in the game include Golden Bars, Blue Diamonds, Wild 7s that bring with the multipliers, Strawberries, Limes, etc. Although the symbols are classic, Lucky For You features very elaborate and fascinating graphics.

Overall, the new Lucky For You slot by OMI Gaming represents an exciting game which nicely combines classic elements with everything modern technologies have to offer and provides plenty of winning chances which can be boosted by right choices by a player.