Online Gambling Growing in the Netherlands

Delays in the Dutch government target 2017 for the acceptance of online gambling regulation.

In a yet to be regulated European market, Dutch gaming is working so far.

The report estimates that by the end of 2015, the Dutch market will be generating 296 million Euros in gross gambling revenues.  The growth comes from an estimated 437,000 Dutch online players out of a total population in the Netherlands of 16.9m.

Men are the more active gender when it comes to online gambling, with the female population tending towards bingo.

As far as addiction is concerned, an encouraging fact from the KSA's new report was that 83% of current Dutch players display no signs of problem gambling or addiction, while only 11% were proactively identified to be at risk for developing a gambling problem and 5.2% already displaying signs.

There is still no regulated gambling in the Netherlands.  The passage of the Remote Gaming Bill is being held up by delays in the Dutch Parliament.  To be resolved are debates over Dutch tax rates, currently proposed at 20 percent of GGR for online gambling operators compared to 29 percent for land operators.

However, not all is good in the Dutch market as it was revealed that several operators including Unibet, Betfair, Betclic, and European iGaming industry body EGBA, are suing the Kansspelautoriteit for privately awarding lottery licenses to the Postcode Loterij and Lotto in violation of an EU prohibition against governments extending private tenders.

If current issues can be worked out, the KSA realistically estimates the bill will become law in 2017.  If the passage adheres to this time frame, 76% of the online market would be channeled to Dutch licensed operators by 2020.

At this point in the Netherlands, online gambling represents 13 percent of overall gambling revenues, with Dutch players showing a higher preference for Dutch casinos then other European neighbors.

KSA has already received expressions of interest in online gambling licenses from over 200 companies. 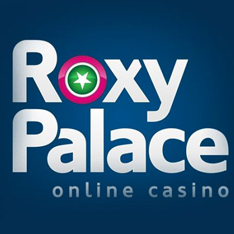 Regulated Online Casinos in the Netherlands

Growth in Localised Payment Methods in 2010